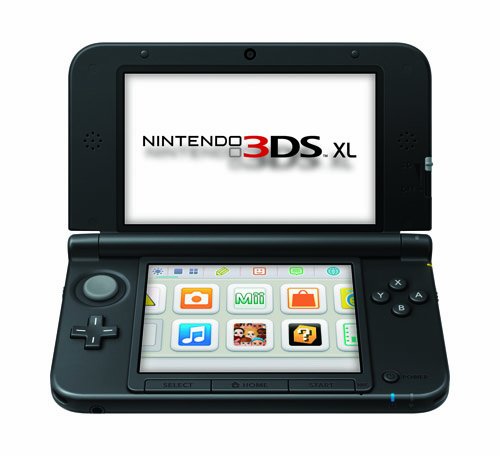 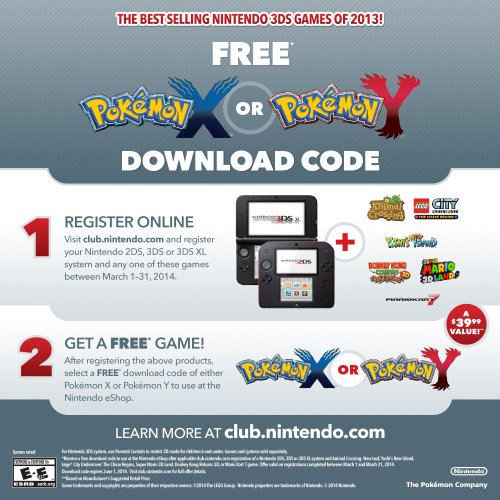 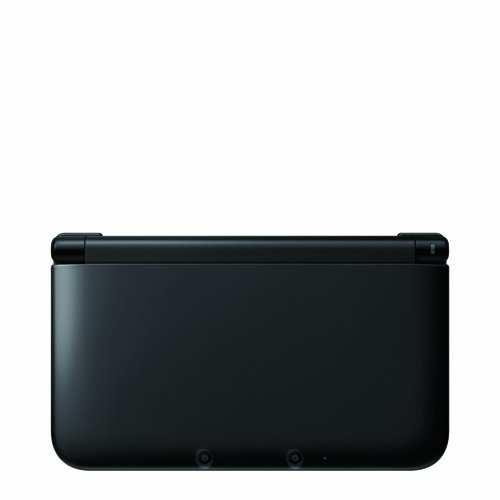 Nintendo 3DS XL Play 3DS and DS games, take 3D photos,
and connect with friends
view larger Nintendo 3DS XL includes two screens. The bottom touch screen makes use of a stylus that is
stored in the unit itself. The top screen displays 3D visuals to the naked eye. Looking at the screen is like peering
through a window into a world where characters and objects have true depth. The system also has a 3D Depth Slider that
lets players select the level of 3D they enjoy the most. The 3D effect can be ratcheted up to the highest level, scaled
back to a more moderate setting or even turned off completely, depending on the preference of the user.

The Nintendo 3DS XL system opens up a whole new world of eye-popping gameplay possibilities. The stereoscopic 3D
display of the upper screen gives objects within the game world a feeling of space and depth that extends far into the
back of the screen. It becomes easier to see the position of characters and obstacles in the world, making many game
experiences even more intuitive for all types of players.

Nintendo 3DS XL The built-in 3D Depth Slider allows you to immediately adjust the intensity of
the 3D effect, or turn it off completely
view larger

A built-in 3D Depth Slider allows you to immediately adjust the intensity of the 3D settings on the Nintendo 3DS XL
system to your liking. The 3D effect can also be turned down completely – all Nintendo 3DS games and applications can be
played in 2D, and look better than any Nintendo handheld before it.

Portable play control reaches a new level with these amazing features, allowing for new and unique gameplay mechanics.
A built-in motion sensor and gyro sensor can react to the motion and tilt of the system, so whether players are twisting
their systems side to side or moving them up and down, their motion-compatible Nintendo 3DS games respond instantly.

Nintendo 3DS XL Stay connected with StreetPass and SpotPass, even when the 3DS XL is in Sleep
Mode
view larger

The Nintendo 3DS XL system uses its two outer cameras to see the world in 3D, much like the human eye. This allows for
the creation of 3D photos, 3D video, and even 3D stop-motion animations, that make for an eye-popping addition to your
next photo op.

Social and wired like no Nintendo system before it, Nintendo 3DS XL brings fellow players together in exciting new ways
with StreetPass communication. Set your Nintendo 3DS XL to Sleep Mode and carry it with you wherever you go to exchange
game data like Mii characters, high scores, and custom characters with other users you pass on the street. You control
what data you exchange, and you can exchange data for multiple games at once, making virtual connections with real-world
people you encounter in your daily life.

Your Nintendo 3DS XL system can automatically connect to a wireless Internet access point. Once connected, special
items will download automatically to your system via the SpotPass feature, even while in sleep mode. Some of these
surprise items include exclusive content and promotions from Nintendo Zone, unique 3D videos from the Nintendo Video
service, and add-on game content from your favorite Nintendo 3DS games.