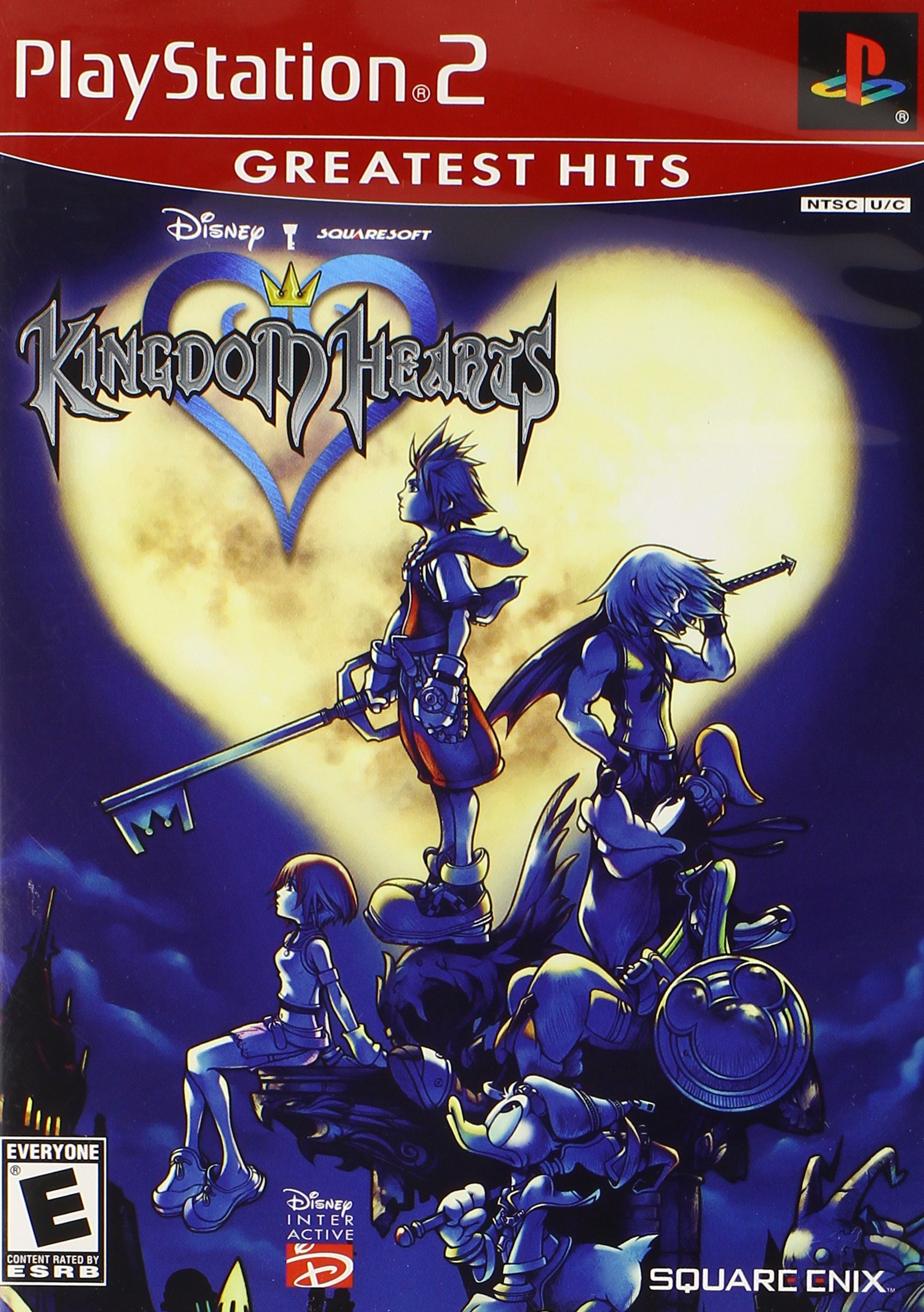 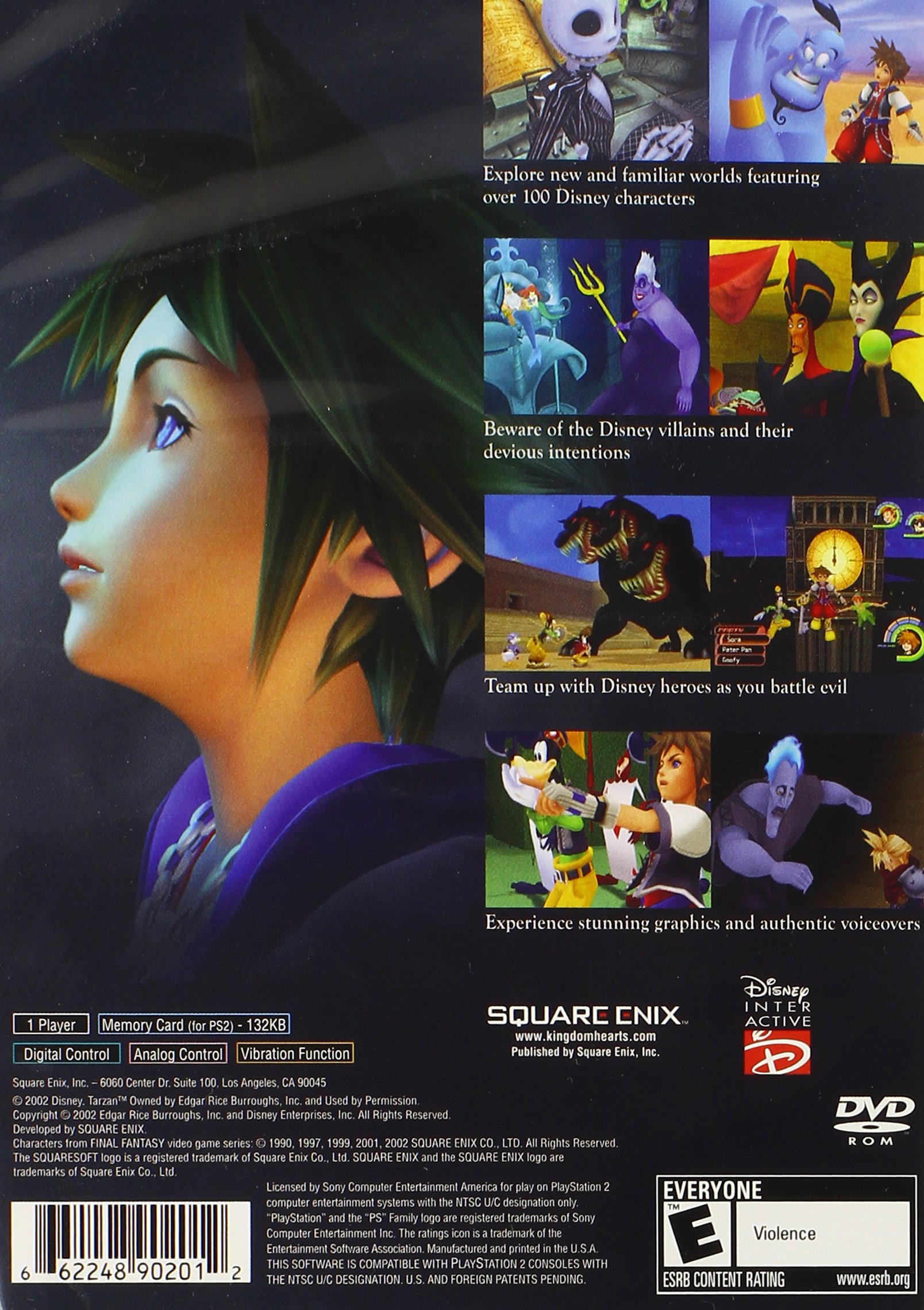 Meet other Disney characters from films like Aladdin, Tarzan, Hercules & Alice In Wonderland

Guide a young boy named Sora, and his friends Riku and Kairi, as he saves the world from destruction at the hands of an
evil group known as the Heartless. Set off from Sora's island paradise home with the help of Disney characters such as
Donald Duck and Goofy, who are on their way to find their missing king, the one and only Mickey Mouse. Use Sora's secret
weapon, the keyblade, in an adventure that takes you through familiar Disney worlds. You will also run into many of
Squaresoft's favorite characters as they join the struggle.

Ever wondered what would happen if the worlds of Final Fantasy and Disney collided? Its an odd concept to be
sure, but from the most schizophrenic of acorns the mighty gaming oak of Kingdom Hearts has grown. Legendary
role-playing game makers Square have been given unprecedented liberties with the entire Disney universe and have created
a game featuring everything from The Nightmare Before Christmas to The Little Mermaid. This is odd enough in itself when
you have characters as disparate as Tarzan and Donald Duck teaming up, but becomes majorly freaky when Square thrown in
a variety of their own characters such as Cloud, Squall, and Aeris from the various Final Fantasy games. But this
incongruity has one side benefit in that the storyline behind the game is by necessity rather vague, which seems to have
stopped Square from filling three CDs full of their usual New Age whining about Mother Earth. Instead theyve spent even
more time on the graphics, and the end result is a quite stunning 3-D cartoon.

As for the gameplay, it may come as a surprise to learn that it doesnt actually feature, as all the Final Fantasy
games do, turn-based combat. Instead it's essentially a scrolling beat-'em-up-cum-platformer with exactly the kind of
complicated Square-style knobs youd expect. The game may be a little shallow, but its an impressive artistic
achievement and to be quite frank any title that allows you to magically summon Bambi out of thin air to attack evil
demons of the underworld has got to be worth some sort of recommendation. --David Jenkins

Shop the largest choice of Playstation 2 online in the UAE. Browse thousands of great deals on by squaresoft products with fast, free delivery.