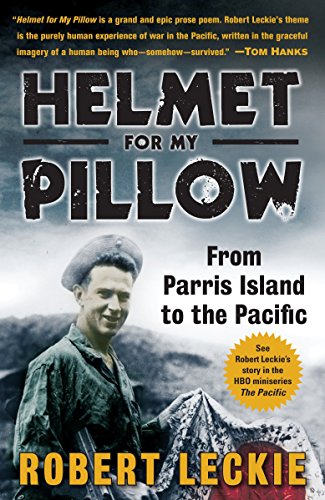 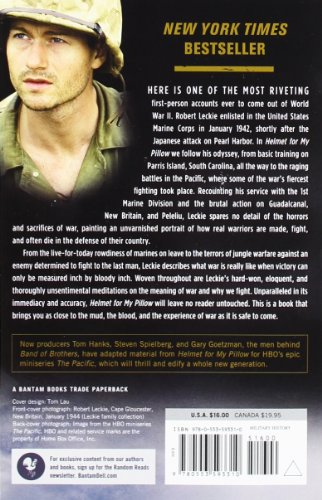 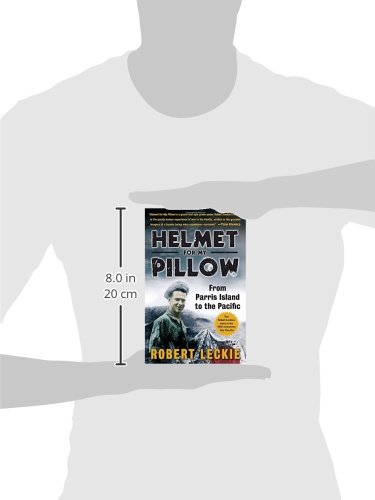 Helmet for My Pillow: From Parris Island to the Pacific Paperback – February 2, 2010

“Helmet for My Pillow is a grand and epic prose poem. Robert Leckie’s theme is the purely human experience
of war in the Pacific, written in the graceful imagery of a human being who—somehow—survived.”—Tom Hanks

“One hell of a book! The real stuff that proves the U.S. Marines are the greatest fighting men on earth!”—Leon Uris,
author of Battle Cry

Robert Leckie was the author of more than thirty works of military history as well as Marines, a collection
of short stories, and Lord, What a Family!, a memoir. Raised in Rutherford, New Jersey, he started writing
professionally at age sixteen, covering sports for The Bergen Evening Record of Hackensack. He enlisted in the United
States Marine Corps on the day following the attack on Pearl Harbor, going on to serve as a machine gunner and as an
intelligence scout and participating in all 1st Marine Division campaigns except Okinawa. Leckie was awarded five
battle stars, the Naval Commendation Medal with Combat V, and the Purple Heart. Helmet for My Pillow (Random House,
1957) was his first book; it received the Marine Corps Combat Correspondents Association award upon publication.

Shop the largest choice of Biographies And Memoirs online in the UAE. Browse thousands of great deals on robert leckie products with fast, free delivery.