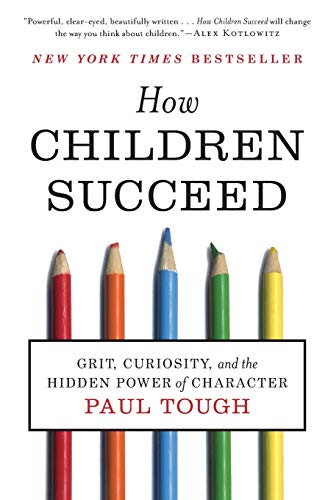 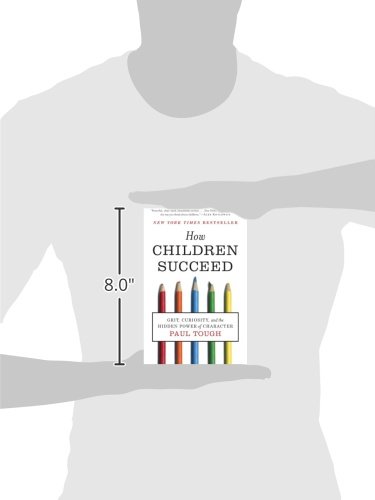 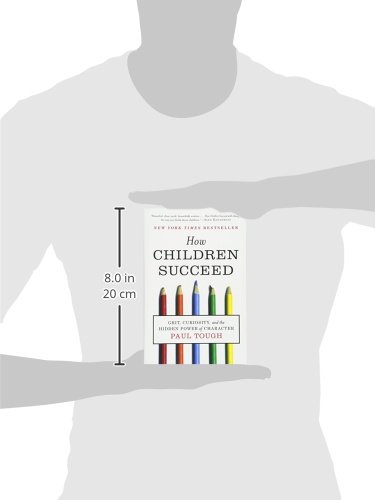 "In this absorbing and important book, Tough explains why American children from both ends of the socioeconomic spectrum
are missing out on these essential experiences. … The book illuminates the extremes of American childhood: for rich
kids, a safety net drawn so tight it’s a harness; for poor kids, almost nothing to break their fall."
—Annie Murphy Paul, The New York Times Book Review

"An engaging book that casts the school reform debate in a provocative new light. … [Tough] introduces us to a
wide-ranging cast of characters — economists, psychologists, and neuroscientists among them — whose work yields a
compelling new picture of the intersection of poverty and education."
—Thomas Toch, The Washington Monthly

"Mr. Tough’s new book, How Children Succeed: Grit, Curiosity and the Hidden Power of Character, combines compelling
findings in brain research with his own first-hand observations on the front lines of school reform. He argues that the
qualities that matter most to children’s success have more to do with character – and that parents and schools can play
a powerful role in nurturing the character traits that foster success. His book is an inspiration. It has made me less
of a determinist, and more of an optimist."
—Margaret Wente, The Globe and Mail

"How Children Succeed is a must-read for all educators. It’s a fascinating book that makes it very clear that the
conventional wisdom about child development is flat-out wrong."
—School Leadership Briefing

"I loved this book and the stories it told about children who succeed against big odds and the people who help them. …
It is well-researched, wonderfully written and thought-provoking."
—Siobhan Curious, Classroom as Microcosm

"How to Succeed takes readers on a high-speed tour of experimental schools and new research, all peppered with anecdotes
about disadvantaged youths overcoming the odds, and affluent students meeting enough resistance to develop character
strengths."
—James Sweeney, Cleveland Plain Dealer

"[This] wonderfully written new book reveals a school improvement measure in its infancy that has the potential to
transform our schools, particularly in low-income neighborhoods."
—Jay Mathews, Washington Post

"Nurturing successful kids doesn’t have to be a game of chance. There are powerful new ideas out there on how best to
equip children to thrive, innovations that have transformed schools, homes, and lives. Paul Tough has scoured the
science and met the people who are challenging what we thought we knew about childhood and success. And now he has
written the instruction manual. Every parent should read this book – and every policymaker, too."
— Charles Duhigg, author of The Power of Habit"I wish I could take this compact, powerful, clear-eyed, beautifully
written book and put it in the hands of every parent, teacher and politician. At its core is a notion that is
electrifying in its originality and its optimism: that character — not cognition — is central to success, and that
character can be taught. How Children Succeed will change the way you think about children. But more than that: it will
fill you with a sense of what could be."
—Alex Kotlowitz, author of There Are No Children Here

"Turning the conventional wisdom about child development on its head, New York Times Magazine editor Tough argues that
non-cognitive skills (persistence, self-control, curiosity, conscientiousness, grit and self-confidence) are the most
critical to success in school and life....Well-written and bursting with ideas, this will be essential reading for
anyone who cares about childhood in America."
—STARRED Kirkus Reviews

“This American Life contributor Tough (Whatever It Takes: Geoffrey Canada’s Quest to Change Harlem and America) tackles
new theories on childhood education with a compelling style that weaves in personal details about his own child and
childhood. Personal narratives of administrators, teachers, students, single mothers, and scientists lend support to the
extensive scientific studies Tough uses to discuss a new, character-based learning approach."
—Publishers Weekly

Drop the flashcards grit, character, and curiosity matter even more than cognitive skills. A persuasive
wake-up call. "People"
Why do some children succeed while others fail? The story we usually tell about childhood and success is the one about
intelligence: success comes to those who score highest on tests, from preschool admissions to SATs. But in "How Children
Succeed," Paul Tough argues that the qualities that matter more have to do with character: skills like perseverance,
curiosity, optimism, and self-control.
"How Children Succeed" introduces us to a new generation of researchers and educators, who, for the first time, are
using the tools of science to peel back the mysteries of character. Through their stories and the stories of the
children they are trying to help Tough reveals how this new knowledge can transform young people s lives. He uncovers
the surprising ways in which parents do and do not prepare their children for adulthood. And he provides us with new
insights into how to improve the lives of children growing up in poverty. This provocative and profoundly hopeful book
will not only inspire and engage readers, it will also change our understanding of childhood itself.
Illuminates the extremes of American childhood: for rich kids, a safety net drawn so tight it s a harness; for poor
kids, almost nothing to break their fall. "New York Times"
I learned so much reading this book and I came away full of hope about how we can make life better for all kinds of
kids. "Slate"
PAUL TOUGH is the author of "Whatever It Takes: Geoffrey Canada s Quest to Change Harlem and America." He has written
about education, child development, and poverty in "The New Yorker" and in cover stories for the "New York Times
Magazine," where he is a contributing writer. His journalism has also appeared in "Slate," "GQ," and "Esquire," and on
"This American Life." Learn more at www.paultough.com or follow him on Twitter: @PaulTough.
"

Shop the largest choice of Education And Teaching online in the UAE. Browse thousands of great deals on paul tough products with fast, free delivery.