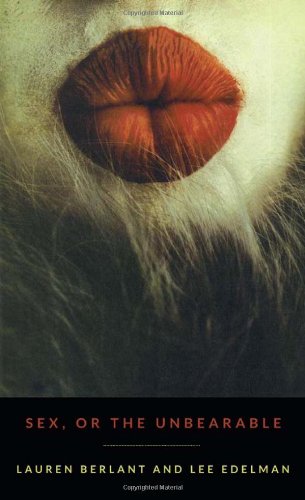 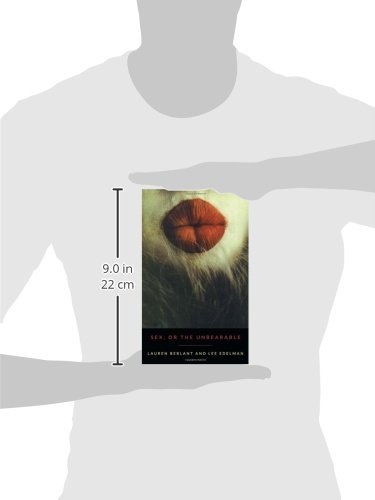 Sex, or the Unbearable (Theory Q)

Sex, or the Unbearable is a dialogue between Lauren Berlant and Lee Edelman, two of our leading theorists of sexuality,
politics, and culture. In juxtaposing sex and the unbearable they don't propose that sex is unbearable, only that it
unleashes unbearable contradictions that we nonetheless struggle to bear. In Berlant and Edelman's exchange, those terms
invoke disturbances produced in encounters with others, ourselves, and the world, disturbances that tap into threats
induced by fears of loss or rupture as well as by our hopes for repair.Through virtuoso interpretations of works of
cinema, photography, critical theory, and literature, including Lydia Davis's story "Break It Down" (reprinted in full
here), Berlant and Edelman explore what it means to live with negativity, with those divisions that may be irreparable.
Together, they consider how such negativity affects politics, theory, and intimately felt encounters. But where their
critical approaches differ, neither hesitates to voice disagreement. Their very discussion—punctuated with moments of
frustration, misconstruction, anxiety, aggression, recognition, exhilaration, and inspiration—enacts both the difficulty
and the potential of encounter, the subject of this unusual exchange between two eminent critics and close friends.