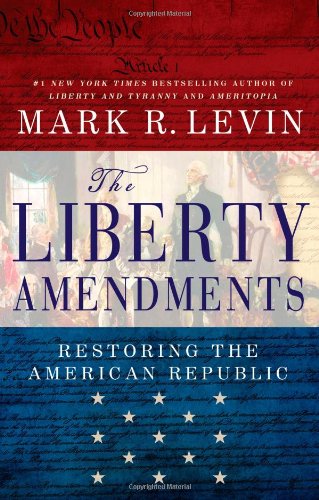 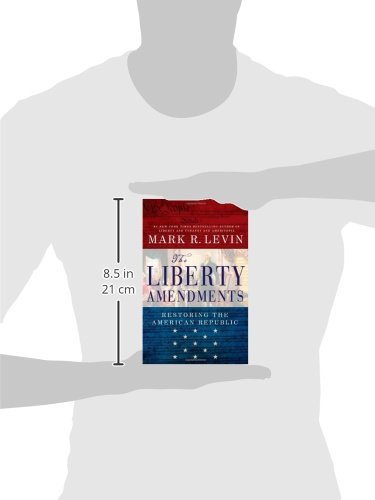 MARK R. LEVIN HAS MADE THE CASE, IN NUMEROUS NEW YORK TIMES BESTSELLING BOOKS—MEN IN BLACK, LIBERTY AND TYRANNY, AND
AMERITOPIA—THAT THE PRINCIPLES UNDERGIRDING OUR SOCIETY AND GOVERNMENTAL SYSTEM ARE UNRAVELING. IN THE LIBERTY
AMENDMENTS, HE TURNS TO THE FOUNDING FATHERS AND THE CONSTITUTION ITSELF FOR GUIDANCE IN RESTORING THE AMERICAN
REPUBLIC.

For a century, the Statists have steadfastly constructed a federal Leviathan, distorting and evading our
constitutional system in pursuit of an all-powerful, ubiquitous central government. The result is an ongoing and growing
assault on individual liberty, state sovereignty, and the social compact. Levin argues that if we cherish our American
heritage, it is time to embrace a constitutional revival.

The delegates to the 1787 Constitutional Convention in Philadelphia and the delegates to each state’s ratification
convention foresaw a time when—despite their best efforts to forestall it—the Federal government might breach the
Constitution’s limits and begin oppressing the people. Agencies such as the IRS and EPA and programs such as Obamacare
demonstrate that the Framers’ fear was prescient. Therefore, the Framers provided two methods for amending the
Constitution. The second was intended for our current circumstances—empowering the states to bypass Congress and call a
convention for the purpose of amending the Constitution. Levin argues that we, the people, can avoid a perilous outcome
by seeking recourse, using the method called for in the Constitution itself.

The Framers adopted ten constitutional amendments, called the Bill of Rights, that would preserve individual rights
and state authority. Levin lays forth eleven specific prescriptions for restoring our founding principles, ones that are
consistent with the Framers’ design. His proposals—such as term limits for members of Congress and Supreme Court
justices and limits on federal taxing and spending—are pure common sense, ideas shared by many. They draw on the wisdom
of the Founding Fathers—including James Madison, Benjamin Franklin, Thomas Jefferson, and numerous lesser-known but
crucially important men—in their content and in the method for applying them to the current state of the nation.

Now is the time for the American people to take the first step toward reclaiming what belongs to them. The task is
daunting, but it is imperative if we are to be truly free.