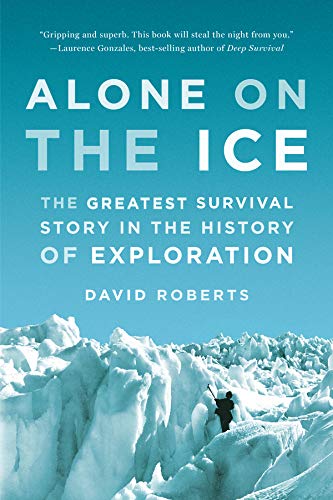 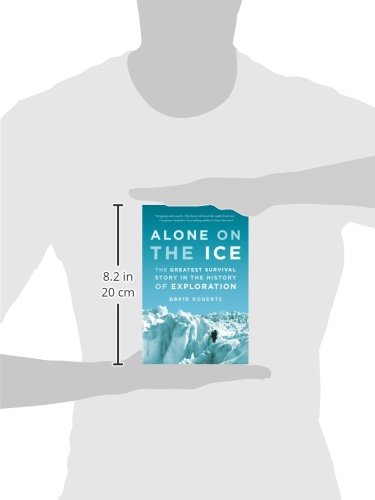 Alone on the Ice: The Greatest Survival Story in the History of Exploration

“Wonderfully told, impressively researched…For fans of outdoor adventure, Alone on the Ice brings you as
close to trekking in a blizzard on icy, dangerous terrain as you’ll likely want to get.”
- Chuck Leddy, Minneapolis Star Tribune

“A chilling story…You feel the freezing temperatures, the fear, the desperation, along with the loyalty of the other
Australasian Antarctic Expedition members.”
- Sandra Dallas, Denver Post

“In Alone on the Ice, Roberts, a veteran mountain climber and chronicler of adventures, admirably succeeds in restoring
the luster that the Australian Antarctic Expedition and its leader deserve.”
- Dennis Drabelle, Washington Post

“A fresh and thoroughly researched account of Doulas Mawson's epic journey of self-rescue across one of the most
inhospitable regions known to man. Roberts takes the reader alongside the men of the 1912 Australasian Antarctic
Expedition, and the desperation of Mawson s sledge journey can be well imagined step by frigid step.”
- Ed Viesturs, author of K2: Life and Death on the World's Most Dangerous Mountain

“Others have written the loose outlines of Douglas Mawson's astonishing survival against the worst conditions that
Antarctica can deliver a lesser-known but equally compelling epic as that of Ernest Shackleton but Roberts's telling
trumps them all.”
- Gordon Wiltsie, author of To the Ends of the Earth

“This is Roberts at his best, telling a little-known tale of adventure, tragedy, and endurance. Mawson may be the most
famous Australian explorer, and Alone on the Ice is an admirable introduction of him to American readers.”
- Greg Child, author of Over the Edge

“An accurate and enthralling account of the greatest story of polar exploration and survival. Roberts takes the reader
back to a time of hardship, collective friendship, and a level of determination unknown in todays culture. This book
will make you cherish every meal and the joys of a warm bed.”
- Conrad Anker, coauthor of The Lost Explorer: Finding Mallory on Mt. Everest

David Roberts is the award-winning author of twenty-nine books about mountaineering, exploration, and
anthropology, including Alone on the Wall which was written with world-class rock climber Alex Honnold, whose historic
feats were featured in the film Free Solo.

Shop the largest choice of Travel online in the UAE. Browse thousands of great deals on david roberts products with fast, free delivery.