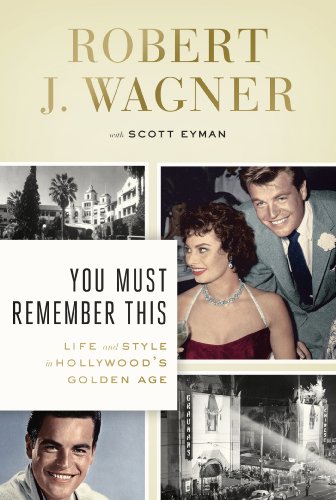 You Must Remember This: Life and Style in Hollywood's Golden Age

With a career spanning more than five decades, few actors are more qualified to recount the glamorous Hollywood era of
the late 1940s and early 1950s than Robert Wagner. You Must Remember This is Wagner’s ode to a bygone age, to its
incomparable style and how it was displayed, and to its legendary stars.

Wagner revisits the houses, restaurants, and other haunts of Hollywood’s elite, offering an intimate view of their
lives on and off screen. He fondly recounts mythic figures simply entertaining at home among friends, away from the
publicity machine and public eye that morphed into today’s paparazzi culture. Wagner also discusses the business of
Hollywood and its evolution from an industry once dominated by moguls to one run by agents, and examines the career arcs
of his peers, carefully considering why some survived and others faded.

Engaging and entertaining, You Must Remember This is a window into the splendors of an erstwhile era and an opportunity
for readers to live vicariously through one its most beloved leading men.