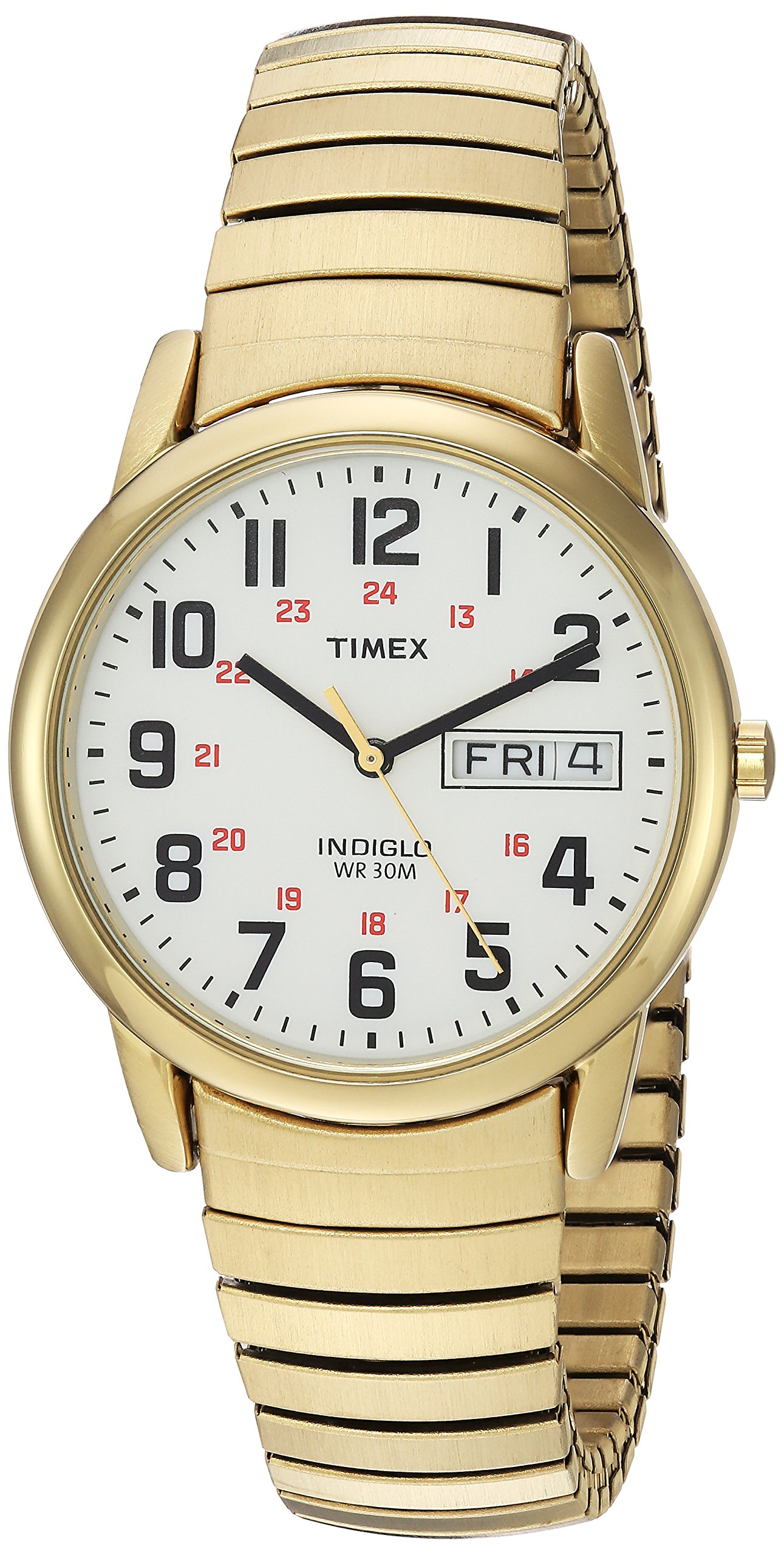 The direct descendant of our 1960s televised torture test survivors, today's Easy Reader is as durable as it is classically cool. Timex Group B.V. is one of the best-known American watch companies. Timex's U.S. headquarters are located in Middlebury Connecticut and it has substantial operations in China, the Philippines and India and full scale sales companies in Canada, the UK, France and Mexico. The company began in 1854 as Waterbury Clock in Connecticut's Naugatuck Valley, known during the nineteenth century as the "Switzerland of America." Sister company Waterbury Watch manufactured the first inexpensive mechanical pocket watch in 1880. During World War I, Waterbury began making wristwatches, which had only just become popular, and in 1933 it made history by creating the first Mickey Mouse clock under license from Walt Disney, with Mickey's hands pointing the time. During World War II, Waterbury renamed itself U.S. Time Company. In 1950 the company introduced a wristwatch called the Timex. Over the next three decades, Timex was sold through a series of advertisements which emphasized its durability by putting the watch through "torture tests," such as falling over the Grand Coulee Dam or being strapped to the propeller of an outboard motor, with the slogan "It takes a licking and keeps on ticking." With the help of former Olympic broadcaster, spokesman John Cameron Swayze, sales took off. The company later became Timex Corporation, then Timex Group and, to date, has sold over one billion watches. The company has remained very competitive and the Timex brand continues its dominance through present day. Its primary market remains the United States and Canada, although the Timex brand is sold worldwide due to its ability to capitalize on its strong brand image and reputation for quality. One of the most successful and important features available on many Timex watches is the Indiglo backlight system. Indiglo is a brand name of Indiglo Corporation, solely owned by Timex for licensing purposes. Timex electroluminescent lamps, branded Indiglo, were introduced in 1992 in the Ironman watch line. They were an immediate success. The Indiglo lamp uniformly lights the surface of the Timex’s watch dials in a manner that makes the dial read very easily in many different light settings. In some newer watches the Indiglo backlight only lights up the numbers, rather than the entire LCD display, which is achieved by means of a specialized film that inverts the LCD transmissivity. Today, Timex Group products are manufactured in the Far East and in Switzerland often based on technology that continues to be developed in the United States and in Germany. With a large and varied line of watches, Timex has the style for everyone. From the locker room to the board room, there is a great Timex style time-piece for you. P.when('A').execute(function(A) { A.on('a:expander:toggle_description:toggle:collapse', function(data) { window.scroll(0, data.expander.$expander[0].offsetTop-100); }); }); The direct descendant of our 1960s televised torture test survivors, today's Easy Reader is as durable as it is classically cool. See more ( javascript:void(0) )
Show More

Desertcart is the best online shopping platform where you can buy Mens T 2 N 092 Easy Reader 35 Mm Gold Tone Extra Long Stainless Steel Expansion Band Watch from renowned brand(s). Desertcart delivers the most unique and largest selection of products from across the world especially from the US, UK and India at best prices and the fastest delivery time.

Yes, it is absolutely safe to buy Mens T 2 N 092 Easy Reader 35 Mm Gold Tone Extra Long Stainless Steel Expansion Band Watch from Desertcart, which is a 100% legitimate site operating in 164 countries. Since 2014, Desertcart has been delivering a wide range of products to customers and fulfilling their desires. You will find several positive reviews by Desertcart customers on portals like Trustpilot, etc. The website uses an HTTPS system to safeguard all customers and protect financial details and transactions done online. The company uses the latest upgraded technologies and software systems to ensure a fair and safe shopping experience for all customers. Your details are highly secure and guarded by the company using encryption and other latest softwares and technologies.