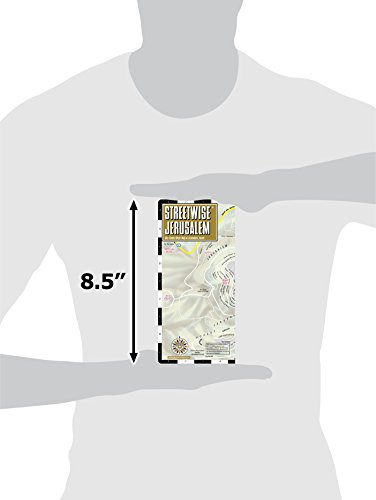 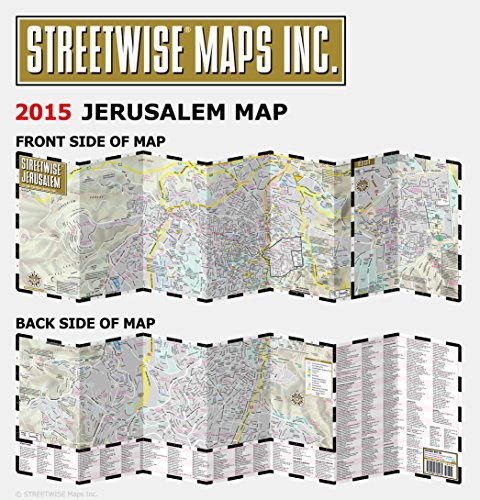 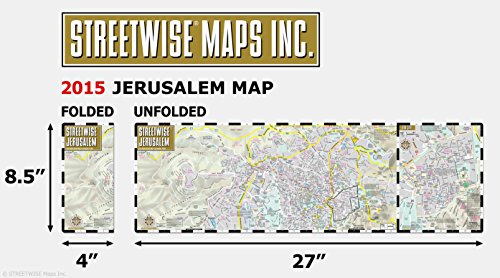 "In a strange city, your sense of direction is only as good as the map in your hands. The best maps to carry are
published by STREETWISE." --Chicago Daily Herald

STREETWISE® is the first map to be designed with modern graphics and is the originator of the laminated,
accordion-fold map format. We ve set the standard that every map company has imitated but never duplicated. Our mission
is to make you feel comfortable, to make you feel safe in a place where you ve never been before and to enable you to
experience a familiar place more fully.

The company was founded in 1984 by Michael Brown, who had been in international publishing for many years, setting up
subsidiaries for textbook publishers. In the 1970 s, Brown traveled extensively throughout Africa, India, the Middle
East and Southeast Asia. Brown would take a large paper map, cut out the city center, folded it up and slip it into his
pocket, thus preventing him from looking like a tourist in areas where discretion is the better part of travel. This was
his tool for surviving.

After many years on the road, Brown settled back in New York and decided to start his own business, based on the
adaptations he had made to maps in his travels. His goal was to give someone the ability to navigate easily in
unfamiliar terrain.

He started with a new map format: the accordion fold. Such a simple idea, but at the time it was revolutionary. No more
struggling to fold an awkward, oversized paper map. This new format would enable the user to blend in like a native,
instead of stick out like a tourist. Brown then added lamination to ensure that the map would be a lasting tool.

More important than the format was the design of the map itself. It had to be a map that not only succeeded above and
beyond any map he had used, but was esthetically appealing as well. The look of it had to be as striking as the
functionality. Color was introduced in a way that was never seen before in a map - vivid purple for water, soothing gray
for the background of street grids, gold to highlight elements of the map. Clarity, conciseness and convenience in a
very stylish package.

Building the business was a 24 hour job. Brown sold the maps during the day, zipping around Manhattan making deliveries
on his Harley Davidson. At night he packed the orders and did the design work. More titles were added, each title
requiring months of research and design.

Today, STREETWISE® produces over 130 titles for major destinations, regions and countries throughout the United States,
Canada, Mexico, Australia, Europe, the United Kingdom and Asia. We have grown from the back of a motorcycle to selling
millions of maps around the world.

Yet each title is still painstakingly researched and updated. STREETWISE® is one of the only, if not THE only map
company that conducts research by walking or driving an area to ensure accuracy. After all, what good is the map if what
you hold in your hands doesn t match what you see on the street sign? This lengthy fact checking results in superior
accuracy; in effect, we ve done the work, now you have the adventure.

In the end, it s not about the map, it s about getting out and finding your own authentic experience wherever you go. It
s about being in a city or a region and discovering things that you never thought you would find. You can do this if you
have confidence and you have confidence if you have a great map. STREETWISE® is the great map that you need.

Shop the largest choice of Travel online in the UAE. Browse thousands of great deals on streetwise maps products with fast, free delivery.