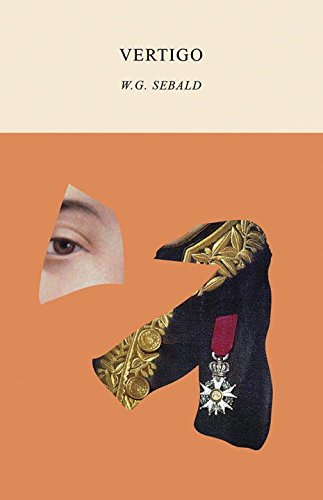 It is not often that books receive the universal critical acclaim with which W.G. Sebald's work in English translation has been met. Both The Emigrants and The Rings of Saturn won the sort of plaudits that would enable most writers to die happy. Sebald first employed his limpid, literally entrancing style in Vertigo, which appeared in German in 1990 and then waited a decade for its English-language debut. Like The Emigrants, this earlier novel interweaves four different narratives, which cumulatively sound a single, transcendent note--in this case, that of memory. Sebald begins with Marie Henri Beyle (better known as Stendhal), cruising through the French author's painful and unreliable recollections of his military career. Then he splices in his own voyage through Italy, allowing these historical and personal perspectives to intersect when we least expect them to. As the book develops, it returns to the same locations: Milan, Verona, Venice, and the Alps. And in the course of this fractured meandering, the reader cohabits with a haunted Franz Kafka, admires the serene beauty of the stars above Lake Garda, and ultimately returns to Sebald's home in Bavaria, where the author confronts his childhood memories. For Sebald, a straight line is never the shortest distance between two points: he more often travels in concentric circles, or cuts wild capers from past to present. Yet the stumbling journey in Vertigo seeks to replicate the distorted and unfathomable workings of memory itself. And it succeeds to an astonishing extent, so that the acts of traveling, recalling, and writing are impossible to tell apart: On this occasion in the midst of the holiday season, the night train from Vienna to Venice, on which in the late October of 1980 I had seen nobody except a pale-faced schoolmistress from New Zealand, was so overcrowded that I had to stand in the corridor all the way or crouch uncomfortably among suitcases and rucksacks, so that instead of drifting into sleep I slid into my memories. Or rather, the memories (at least so it seemed to me) rose higher and higher in some space outside of myself, until, having reached a certain level, they overflowed from that space into me, like water over the top of a weir. Thus is the writer inundated. And so, happily, are his readers--those lucky enough to take the plunge. --Toby Green
Show More
Reviews