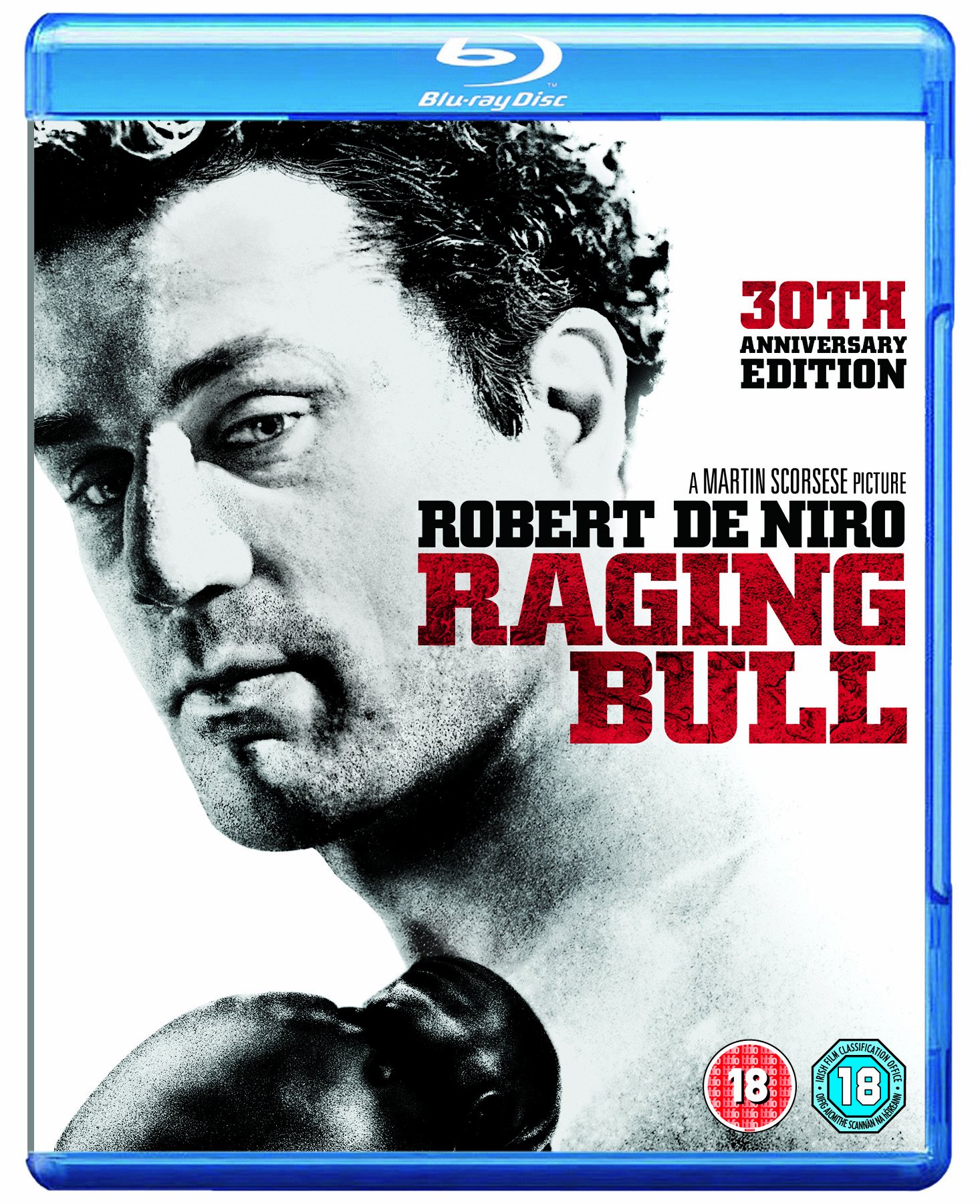 Robert De Niro gives the performance of his career as Jake La Motta, a boxer whose psychological and sexual complexities erupt into violence both in and out of the ring. Joe Pesci and Cathy Moriarty are unforgettable as the brother who falls prey to Jake’s mounting paranoia and jealousy, and the fifteen-year-old girl who becomes his most prized trophy. Raging Bull garnered eight Oscar nominations, and won two, including Best Actor for De Niro. From .co.uk ----------- Martin Scorsese's brutal black-and-white biography of self-destructive boxer Jake LaMotta was chosen as the best film of the 1980s in a major critics' poll at the end of the decade, and it's a knockout piece of filmmaking. Robert De Niro plays LaMotta (famously putting on 50 pounds for the later scenes), a man tormented by demons he doesn't understand and prone to uncontrollably violent temper tantrums and fits of irrational jealousy. He marries a striking young blond (Cathy Moriarty), his sexual ideal, and then terrorises her with never-ending accusations of infidelity. Jake is as frightening as he is pathetic, unable to control or comprehend the baser instincts that periodically, and without warning, turn him into the rampaging beast of the title. But as Roman Catholic Scorsese sees it, he works off his sins in the boxing ring, where his greatest athletic talent is his ability to withstand punishment. The fight scenes are astounding; they're like barbaric ritual dance numbers. Images smash into one another--a flashbulb, a spray of sweat, a fist, a geyser of blood--until you feel dazed from the pummeling. Nominated for a handful of Academy Awards (including best picture and director), Raging Bull won only two, for De Niro and for editor Thelma Schoonmacher. --Jim Emerson
Show More
Reviews