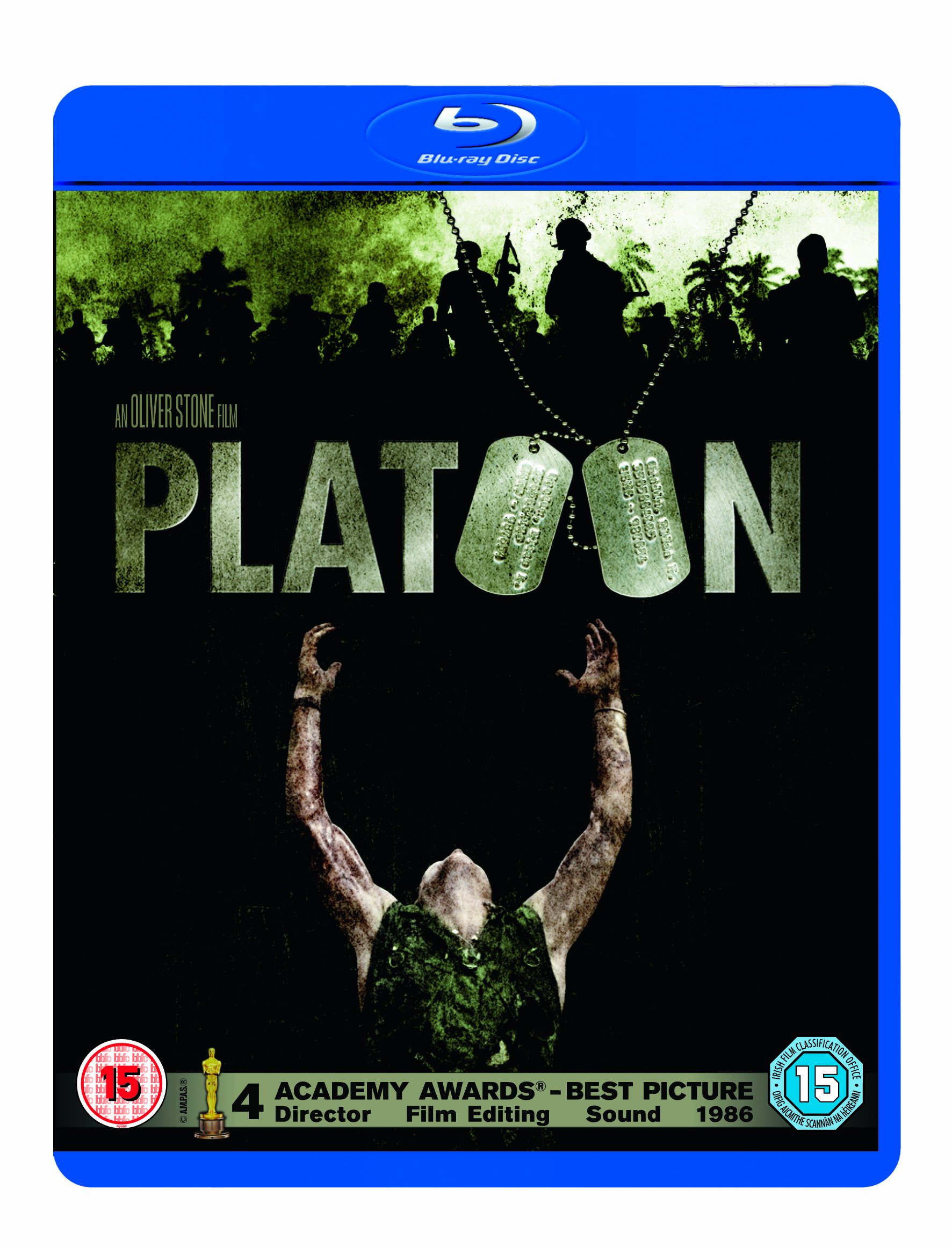 Winner* of four Academy Awards®, including Best Picture and Director, this harrowingly realistic war film (based on director Oliver Stone’s firsthand experience) arrives on Blu-ray for the first time in this 25th Anniversary Edition--loaded with explosive extras that take you to the front lines of moviemaking. Starring Tom Berenger, Willem Dafoe and Charlie Sheen, Platoon is a powerful, riveting and starkly brutal tale of an American soldier’s descent into the chaos and horror of the Vietnam War. *1986--Best Picture, Director, Film Editing, Sound. Special Features: * Audio commentary by director Oliver Stone * Audio commentary by military advisor Dale Dye * Deleted and extended scenes with optional commentary by Oliver Stone * Flashback to Platoon--Snapshot in Time: 1967–1968, Creating the ’Nam, Raw Wounds: The Legacy of Platoon * Documentaries: One War, Many Stories, Preparing for ’Nam * Vignettes: Caputo & the 7th Fleet, Dye Training Method, Gordon Gekko * Theatrical trailer * TV spots From .co.uk ----------- Arguably Oliver Stone’s best film, Platoon was the first of three movies the director has made to date centred firmly on the Vietnam war. Born On The Fourth Of July and Heaven And Earth followed, but this one’s the best, picking up four Academy Awards, including Best Picture. Based very much on Stone’s personal experiences, Platoon follows Charlie Sheen’s Chris Taylor as he joins the Vietnam conflict, only to discover that the battle he ends up fighting isn’t the one he necessarily thought he was signing up for. As such, in the face of his commanding officers, played superbly by Tom Berenger and Willem Dafoe, he struggles with what he’s expected to do, and how it ultimately makes him act. It’s a harrowing piece of cinema, certainly, but in this instance, that’s very much to Platoon’s credit. For its story isn’t an easy one, and Stone pulls no punches in telling it. The high definition upgrade does it real justice, too, bringing the haunting visuals vividly to life. It’s an astonishing piece of cinema, and one very worthy of a Blu-ray upgrade. --Jon Foster
Show More
Reviews