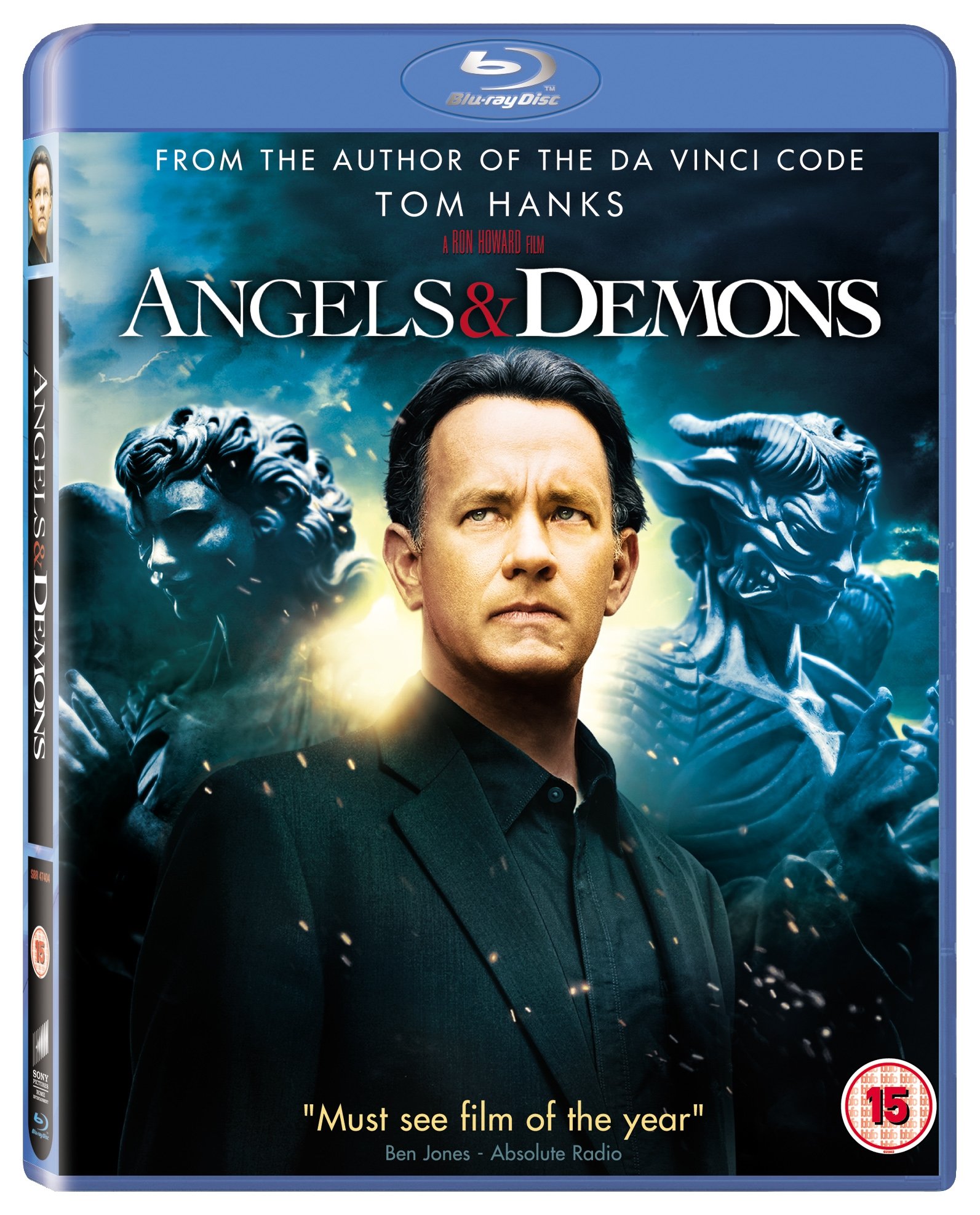 In Ron Howard's thrilling follow-up to The Da Vinci Code, expert symbologist Robert Langdon (Tom Hanks) pursues ancient clues on a heart-racing hunt through Rome to find the four Cardinals kidnapped by a deadly secret society, the Illuminati. With the Cardinals' lives on the line, and the Camerlengo (Ewan McGregor) desperate for help, Langdon embarks on a nonstop, action-packed race through sealed crypts, dangerous catacombs, and the most secret vault on Earth! From .co.uk ----------- If the devil is in the details, there's a lot of wicked fun in Angels & Demons, the sequel (originally a prequel) to The Da Vinci Code. Director Ron Howard delivers edge-of-your-pew thrills all over the Vatican, the City of Rome, and the deepest, dankest catacombs. Tom Hanks is dependably watchable in his reprised role as Professor Robert Langdon, summoned urgently to Rome on a matter of utmost urgency--which happens to coincide with the death of the Pope, meaning the Vatican is teeming with cardinals and Rome is teeming with the faithful. A religious offshoot group, calling themselves the Illuminati, which protested the Catholic Church's prosecution of scientists 400 years ago, has resurfaced and is making extreme, and gruesome, terrorist demands. The film zooms around the city, as Langdon follows clues embedded in art, architecture, and the very bone structure of the Vatican. The cast is terrific, including Ewan McGregor, who is memorable as a young protégé of the late pontiff, and who seems to challenge the common wisdom of the Conclave just by being 40 years younger than his fellows when he lectures for church reform. Stellan Skarsgard is excellent as a gruff commander of the Swiss Guard, who may or may not have thrown in with the Illuminati. But the real star of the film is Rome, and its High Church gorgeousness, with lush cinematography by Salvatore Totino, who renders the real sky above the Vatican, in a cataclysmic event, with the detail and majesty of the ceiling of the Sistine Chapel. --A.T. Hurley, .comStills from Angels & Demons (click for larger image) ( https://images-eu.ssl-images-.com/images/G/02/uk-dvd/images/angelsndemons/AngelsandDemons_1.jpg ) ( https://images-eu.ssl-images-.com/images/G/02/uk-dvd/images/angelsndemons/AngelsandDemons_2.jpg ) ( https://images-eu.ssl-images-.com/images/G/02/uk-dvd/images/angelsndemons/AngelsandDemons_3.jpg ) ( https://images-eu.ssl-images-.com/images/G/02/uk-dvd/images/angelsndemons/AngelsandDemons_4.jpg ) ( https://images-eu.ssl-images-.com/images/G/02/uk-dvd/images/angelsndemons/AngelsandDemons_5.jpg ) ( https://images-eu.ssl-images-.com/images/G/02/uk-dvd/images/angelsndemons/AngelsandDemons_6.jpg ) P.when('A').execute(function(A) { A.on('a:expander:toggle_description:toggle:collapse', function(data) { window.scroll(0, data.expander.$expander[0].offsetTop-100); }); }); Synopsis -------- ANGELS AND DEMONS re-teams director Ron Howard and star Tom Hanks for the sequel to their international blockbuster adaptation of Dan Brown's novel THE DA VINCI CODE. Although the book Angels and Demons was written before the novel THE DA VINCI CODE, the movie transpires after the events of the earlier movie. Hanks stars as Professor Robert Langdon, the most respected symbologist in the United States, who uses his knowledge in order to decode a symbol on the skin of a murder victim. The clues put him on the trail of an international conspiracy involving the Catholic Church. Ewan McGregor and Ayelet Zurer also star in the Sony Pictures production. • “Path of Illumination” interactive map • Movie IQ • CineChat Featurettes: - Angels & Demons: The full story - Rome was not built in day - CERN: Pushing the frontiers of knowledge See more ( javascript:void(0) )
Show More
Reviews