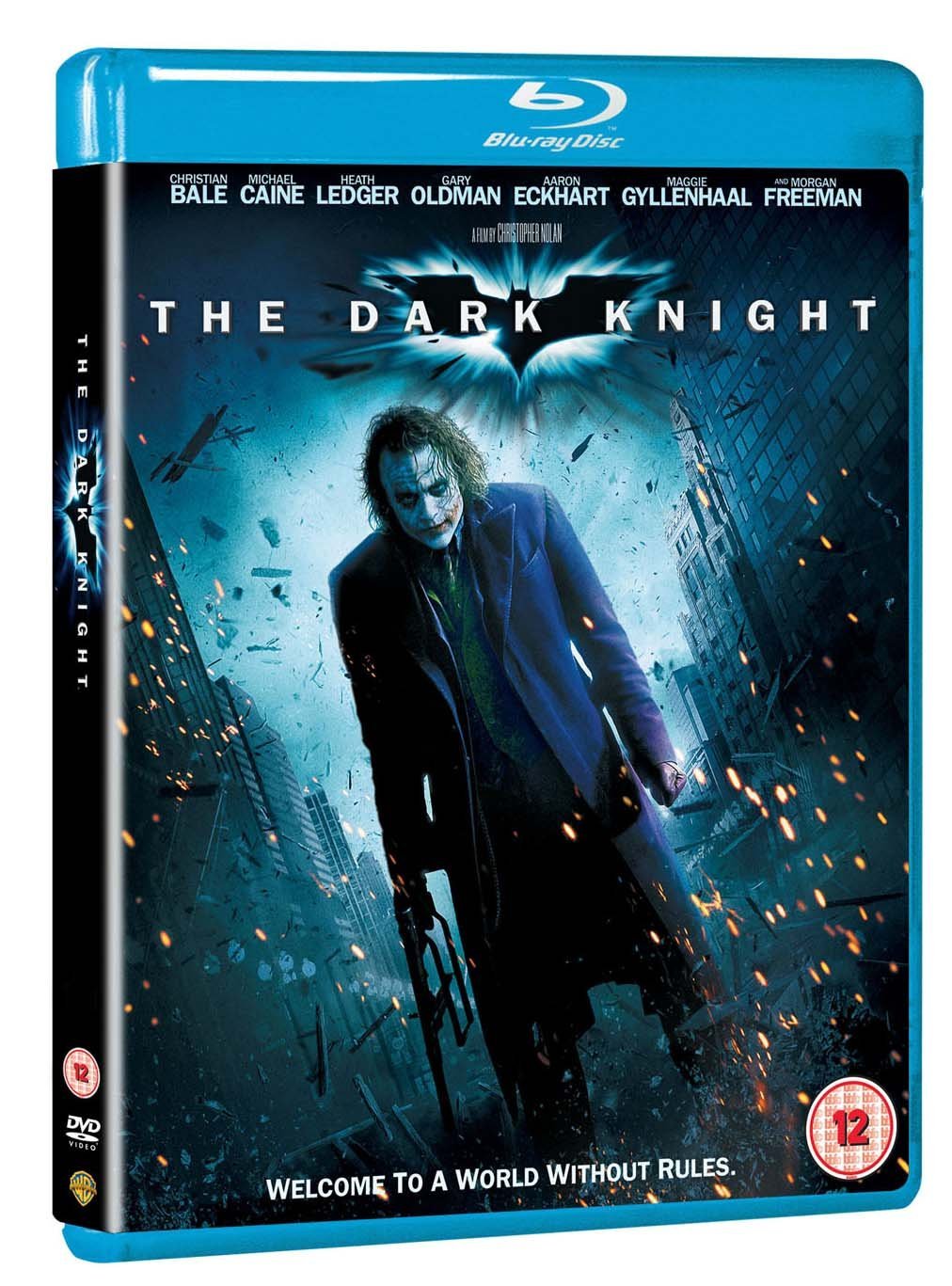 Director Christopher Nolan (The Prestige) returns to Gotham City with this sequel to the critically-acclaimed fan favourite, Batman Begins. In The Dark Knight, Batman (Christian Bale, – American Psycho) squares off against a new, completely psychotic foe: the Joker (Heath Ledger, Brokeback Mountain). However, the Dark Knight finds himself fighting a battle on two fronts when he learns that a prominent political figure named Harvey Dent (Aaron Eckhart, Thank You For Smoking) is concealing a dastardly alter-ego known as Two Face. Stills from The Dark Knight From .co.uk ----------- The Dark Knight arrives with tremendous hype (best superhero movie ever? posthumous Oscar for Heath Ledger?), and incredibly, it lives up to all of it. But calling it the best superhero movie ever seems like faint praise, since part of what makes the movie great--in addition to pitch-perfect casting, outstanding writing, and a compelling vision--is that it bypasses the normal fantasy element of the superhero genre and makes it all terrifyingly real. Harvey Dent (Aaron Eckhart) is Gotham City's new district attorney, charged with cleaning up the crime rings that have paralysed the city. He enters an uneasy alliance with the young police lieutenant, Jim Gordon (Gary Oldman), and Batman (Christian Bale), the caped vigilante who seems to trust only Gordon--and whom only Gordon seems to trust. They make progress until a psychotic and deadly new player enters the game: the Joker (Heath Ledger), who offers the crime bosses a solution--kill the Batman. Further complicating matters is that Dent is now dating Rachel Dawes (Maggie Gyllenhaal, after Katie Holmes turned down the chance to reprise her role), the longtime love of Batman's alter ego, Bruce Wayne. In his last completed role before his tragic death, Ledger is fantastic as the Joker, a volcanic, truly frightening force of evil. And he sets the tone of the movie: the world is a dark, dangerous place where there are no easy choices. Eckhart and Oldman also shine, but as good as Bale is, his character turns out rather bland in comparison (not uncommon for heroes facing more colorful villains). Director/co-writer Christopher Nolan (Memento) follows his critically acclaimed Batman Begins with an even better sequel that sets itself apart from notable superhero movies like Spider-Man 2 and Iron Man because of its sheer emotional impact and striking sense of realism--there are no suspension-of-disbelief superpowers here. At 152 minutes, it's a shade too long, and it's much too intense for kids. But for most movie fans--and not just superhero fans--The Dark Knight is a film for the ages. --David Horiuchi
Show More
Reviews