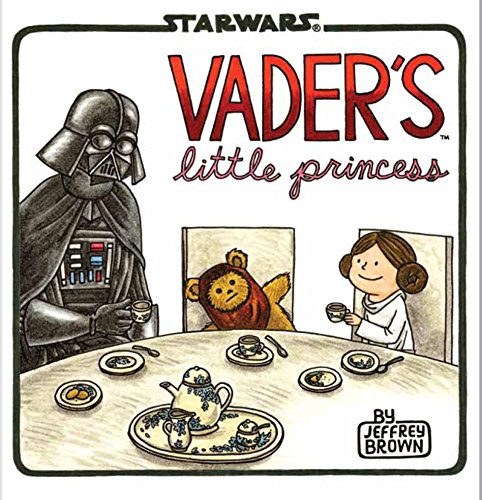 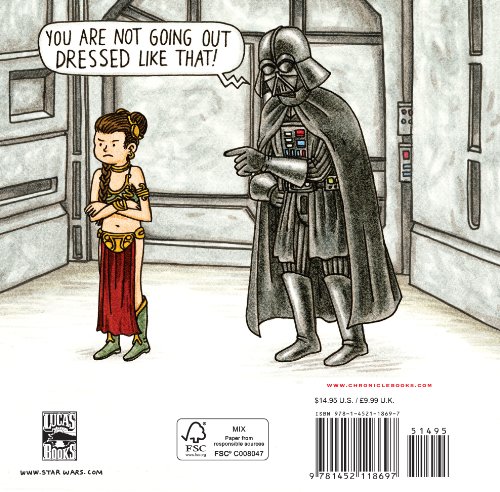 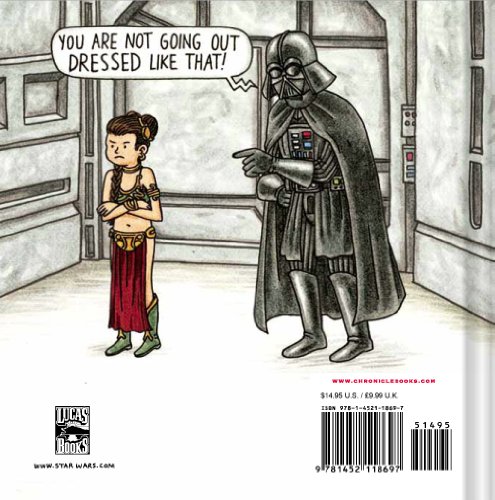 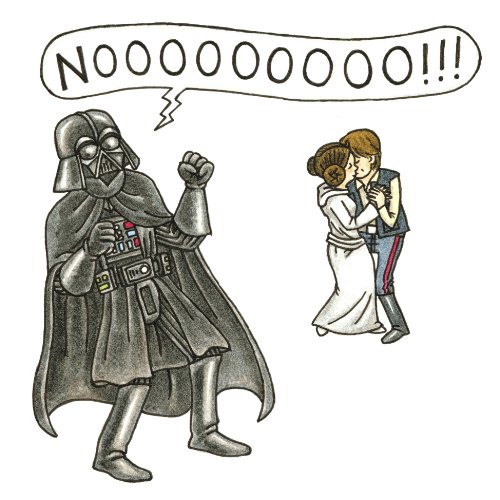 " 7 out of 10 stars. Released with perfect timing for Father's Day, this is a great little present for the
Rebel or Imperial father in any family."
- Starburst Magazine

"We can tell you that it's seriously cute.
-The Mary Sue

"Last year, talented artist Jeffrey Brown delivered a massive hit with his charming re-imagining of the relationship
between the Dark Lord of the Sith and his four-year-old son Luke Skywalker. Now, he repeats his success with another
illustrated outing focusing on Darth Vader and his daughter Princess Leia. The cover, for example, shows the Star Wars
villain having to sit through a toy tea party with Leia and her stuffed Ewok. Throughout the book, the put-upon dad has
to suffer through many of his daughter's annoying teenage demands, from dating undesirables to sitting through a
horrible ballet performed by Jar Jar Binks. Especially wonderful is a wistful one where the Sith master gets misty
remembering how sweet and innocent Leia used to be when she was a little girl. Chronicle has also published a must-have
Postcard edition of Darth Vader and Son ($9.95). The two volumes make thoughtful gifts for all the Star Wars fanatics in
your life-or anyone who grew up loving MAD magazine's clever spoofs of pop culture icons."
-Animation Magazine

"Jeffrey Brown has once again done the impossible - he has proven that Star Wars-based comedy can be fresh, irreverent
and deeply funny. Whether or not you have (or want) kids of your own, this is essential reading."
-Geekadelphia

"It's delightful. As the father of two girls, I can relate to Vader's frustrations and sometimes helplessness in the
face of a strong-willed daughter. Sometimes, the Force just isn't enough."
- GeekDad.com

"It isn't always all about Luke. For Star Wars fanatics, a hilarious look at Darth Vader raising a pint-sized Princess
Leia-and all the parenting trials (saying no to the metal bikini, for one) that go with it."
- Real Simple

"If you're a 'Star Wars' fan, a parent, or both, Vader's Little Princess will speak to you, reassuring you that even if
you had complete mystical mastery over The Force and the awe and respect of legions of stormtroopers -- being a parent
is still the most daunting and rewarding task of all."
-The Trades

Jeffrey Brown is the author of numerous graphic novels and comics, including Cat Getting Out of a Bag, Cats
are Weird, and Darth Vader and Son. A lifelong Star Wars fan, he lives in Chicago with his wife and six-year-old son.

Shop the largest choice of Humor And Entertainment online in the UAE. Browse thousands of great deals on jeffrey brown products with fast, free delivery.