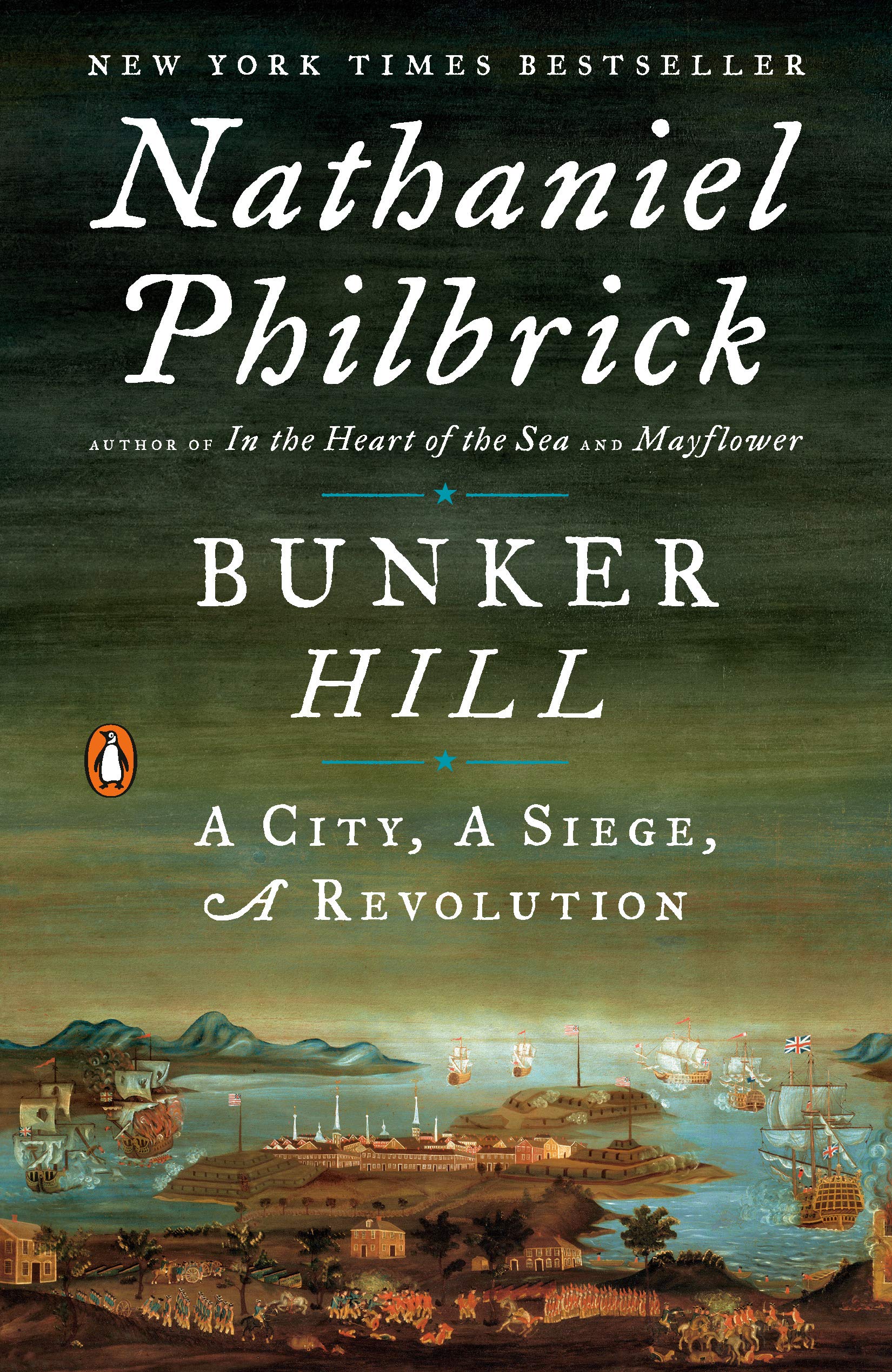 Bunker Hill: A City, A Siege, A Revolution (The American Revolution Series)

Philbrick’s newest work chronicles the cradle of the American Revolution, Boston’s action-packed years of
1773–76. Opening with the consequences of the Boston Tea Party, Philbrick depicts the arrival of British army and naval
forces, the manifestation of the royal government’s intention to quash the burgeoning rebellion in Massachusetts. Its
leaders, patriots like John Hancock, Samuel Adams, and Joseph Warren, provide the drama’s counterpoise to British
officials. Having deployed his characters, Philbrick launches each side’s resort to military preparations and
operations, a narrative that benefits from one of the author’s several imaginative services to readers, detailing in
word and map the geography of Boston and environs at that time. Another audience benefit is Philbrick’s evocation of the
look of patriot militias and British regiments, which enliven his crackling accounts of military movements that produced
the Battles of Lexington, Concord, and Bunker Hill. Displaying, as in Mayflower (2006) and The Last Stand (2010), a
superior talent for renewing interest in a famed event, Philbrick will again be in high demand from history buffs.
--Gilbert Taylor

“A masterpiece of narrative and perspective…”—Boston Globe

“You will delight in the story and the multitude of details Philbrick offers up.”—USA Today

“This is popular history at its best: a taut narrative with a novelist’s touch, grounded in careful research.”—Miami
Herald

“Philbrick … has a flair for using primary sources to create scenes that sweep readers into the thick of history…BUNKER
HILL is a tour de force, creating as vivid a picture as we are likely to get of the first engagements of the American
Revolution…Philbrick is a gifted researcher and storyteller…”—Chicago Tribune

“Philbrick…offers…surprising revelations and others in BUNKER HILL, a comprehensive and absorbing account of a
battle…Extraordinary events produce extraordinary individuals, and Philbrick’s portrayals are remarkably penetrating and
vivid…Given the scale of the story, Philbrick, confirming his standing as one of America’s pre-eminent historians,
somehow manages to address all the essential components in a concise, readable style”—Cleveland Plain Dealer

“Like a masterly chronicler, [Philbrick] has produced a tightly focused and richly detailed narrative that just happens
to resonate with leadership lessons for all times….Philbrick is at his most vivid in conveying scenes of battle, both on
the road between Boston and Concord and on the ridges of Bunker Hill. But what adds depth to the narrative is his fine
sense of the ambitions that drive people in war and politics.”
—Washington Post

“Though you know the ending, you whip through the pages…”—Entertainment Weekly

“Quite masterfully, Philbrick does not sink to simply good and evil distinctions in the run-up to Bunker Hill. The
author reminds us that the freedoms colonists wanted were never intended to apply to blacks, American Indians or women.
This was a messy time when decisions were sometimes dictated by ambition instead of some nobler trait.”—Minneapolis
Star-Tribune

“[Philbrick] captures the drama—martial and emotional—of the months before and after this legendary clash.”—The New
Yorker

“Philbrick spices his text with first-person accounts from many participants in the drama, including patriots,
loyalists, generals, privates, spies, even the victim of a tar-and-feathering. This is easy-reading history, uncluttered
by footnotes and assisted by some excellent maps.”—Seattle Times

“Fascinating….No one can tell you about the history you thought you knew quite like Philbrick…”
—Cape Cod Times

“Philbrick … will be a candidate for another award with this ingenious, bottom-up look at Boston from the time of the
December 1773 Tea Party to the iconic June 1775 battle….A rewarding approach to a well-worn subject, rich in anecdotes,
opinion, bloodshed and Byzantine political maneuvering.”—Kirkus (Starred Review)

“Philbrick tells his tale in traditional fashion—briskly, colorfully, and with immediacy….no one has told this tale
better.”—Publishers Weekly

“Crackling accounts of military movements…a superior talent for renewing interest in a famed event, Philbrick will again
be in high demand from history buffs.”—Booklist

“Philbrick shows us historic figures, not only as if they had stepped away from their famous portraits, but as if we had
read about them in last week’s newspaper…Philbrick has developed a style that connects the power of narrative to
decisive moments in American history.” —Nantucket Today

“Philbrick’s research is phenomenal …I suggest you pick up this enjoyable read.” —Washington Independent Review of Books

“You’ll never have history told like this in school. If it were, you might find more kids interested in it.” —The State
Journal-Register
“A gripping, suspense-driven recounting of the battles of Bunker and Breed’s Hill…I couldn’t put this book down with its
seductive, detail-sharpened, heart-stopping narrative made all the more human by the people involved…powerful, eloquent,
infinitely compelling, and just plain awesome.” —Providence Journal

Shop the largest choice of History online in the UAE. Browse thousands of great deals on nathaniel philbrick products with fast, free delivery.