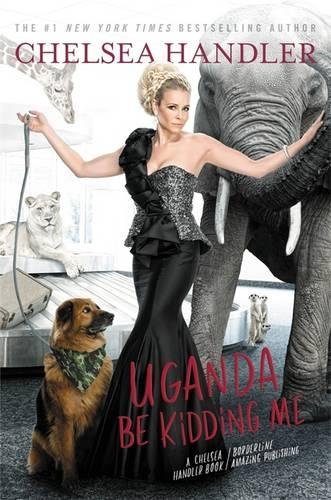 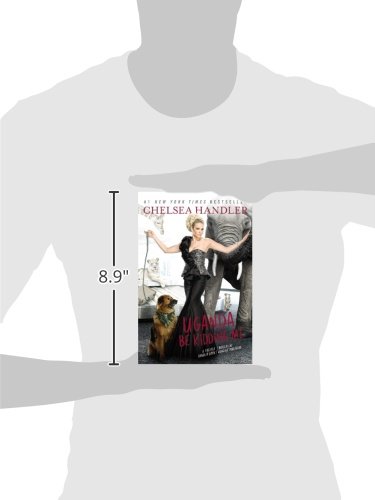 *Starred Review* Here’s all you really need to know about Chelsea Handler, straight from the girl herself:
“It is not lost on me that my life has become ridiculous.” Handler, star of her own late-night TV show, Chelsea Lately,
and best-selling author of three previous titles, including Are You There, Vodka? It’s Me, Chelsea (2008), takes readers
on her travels; each adventure can only be described as a total shit show. Absurdity reigns, from a safari in Africa,
where the only ones getting penetrated (her favorite word) are the hundreds of baboons at the lodge, to the Bahamas,
where after eight days in Africa without a bowel movement, Handler finally lets loose into an innocent kayak. The U.S.
is not left unscathed, either. At most times, Handler is surrounded by her friends—let’s face it, she wouldn’t survive
on her own—and Chunk, a half-German, half-Asian dog that she believes to be the reincarnation of her dead mother. As
long as someone can make a decent margarita, and there’s Xanax on hand, Handler is just fine—although the same can’t be
said for the people she encounters. The final chapters really have nothing to do with travel and feel less connected to
the rest of the book; in Handler’s defense, she was probably drunk by this point in the writing process. But if you’re
one of the millions who enjoy Handler’s sarcastic, self-deprecating humor (and her tendency to be pantless), then you
may just pee yourself laughing as she humiliates herself from Montenegro to Telluride. Unfortunately—really
unfortunately—photos weren’t available at the time of review, but based on the shenanigans described, they have a ton of
potential. HIGH-DEMAND BACKSTORY: Who’s not watching Chelsea Lately at 11/10c? --Ann Kelley

Chelsea Handler is the star of her own late-night talk show on E!, Chelsea Lately, and E!'s comedy series
After Lately, as well as the #1 bestselling author of Chelsea Chelsea Bang Bang; Are You There, Vodka? It's Me, Chelsea;
and My Horizontal Life.

Shop the largest choice of Biographies And Memoirs online in the UAE. Browse thousands of great deals on chelsea handler products with fast, free delivery.