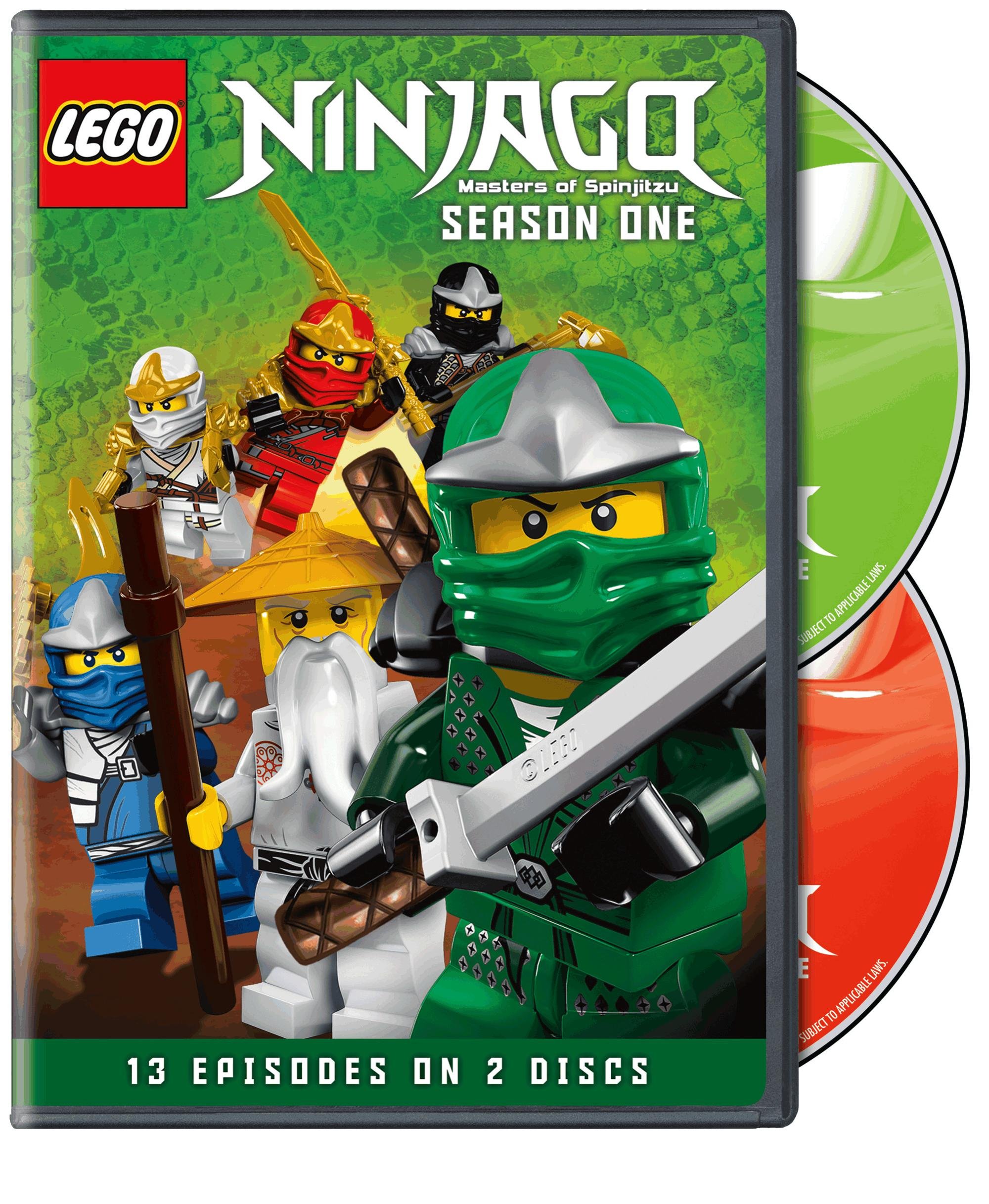 LEGO Ninjago: Masters of Spinjitzu Season One Since Lord Garmadon's disappearance from the Underworld, Ninjago has been at peace; but when Garmadon's son, Lloyd, releases the five ancient warring tribes of the Serpentine, the Ninja had to learn how to unlock their full potential in order to combat the growing threat. The Ninja also learned of a prophecy that one of them will become the Green Ninja – a warrior destined to defeat the Dark Lord in the ultimate battle of good versus evil. In the first season, the Ninjas unlocked their full elemental powers. Meanwhile, the Serpentine released the all-consuming snake known as the Great Devourer. In the climactic finale, the Ninja had to rely on Lord Garmadon and his ability to wield the Four Golden Weapons in order to destroy the Great Devourer and bring peace. In the end, the Ninja are heralded as heroes, but Lord Garmadon has disappeared with the very weapons he needed in order to turn Ninjago into his evil image. ]]> .com ---- Ninjago is an action TV series that's based on the Lego toys and features the martial arts-inspired "spinjitzu": basically a combination of martial arts performed with weapons like swords, scythes, nunchucks, and shurikens combined with very fast spinning. Ninjago: Masters of Spinjitzu, Season One begins after the series pilot episode and follows ninjas Kai, Cole, Jay, and Zane as they study their craft with Sensei Wu. The four hope to unleash their inner potential in preparation for defending the world against the return of the Dark Lord Garmadon. Prophecy states that one ninja will rise above the others to become the Green Ninja, who is destined to defeat Garmadon. Unfortunately, the four young ninjas are poorly disciplined and more interested in video games (Lego's Ninjago, of course) and food fights than actual training. But when Garmadon's son Lloyd escapes from a boarding school for bad boys and accidentally releases an army of snakes, the ninjas suddenly have a reason to get serious about their training, as the snakes are a threat to the entire land of Ninjago. Sensei Wu is a wise teacher and the young ninjas develop their skills quickly, learning to use their four special weapons in a way that releases their elemental powers. But fate has a surprise for everyone when Lloyd is captured by the snakes and Sensei Wu informs the ninjas that they must rescue him. The question of which of the four ninjas will become the Green Ninja causes no end of bickering among the boys, even as they work together to rescue Lloyd and save Ninjago from the serpents. Interestingly, Kai's sister Nya also plays an unexpectedly important role in the mission to save Ninjago. The surprises just keep coming as five tribes of snakes band together in a quest to release an evil monster known as the Devourer, and eventually the ninjas find Lloyd training right alongside them. The action and suspense throughout this series is good, even if the ninjas often act like unruly prepubescent boys, and there are plenty of important life lessons woven throughout. (Ages 7 to 12) --Tami Horiuchi
Show More
Reviews