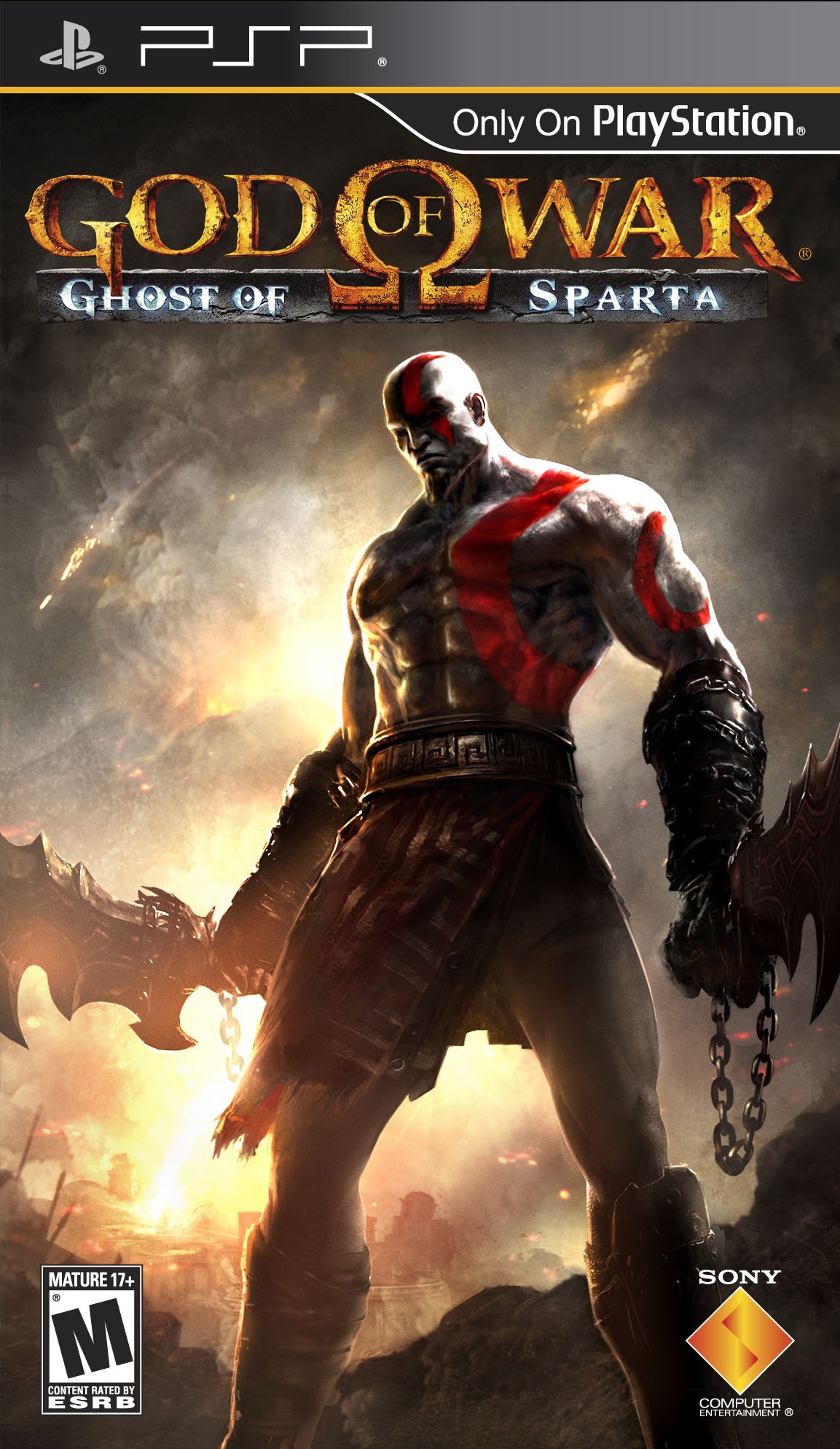 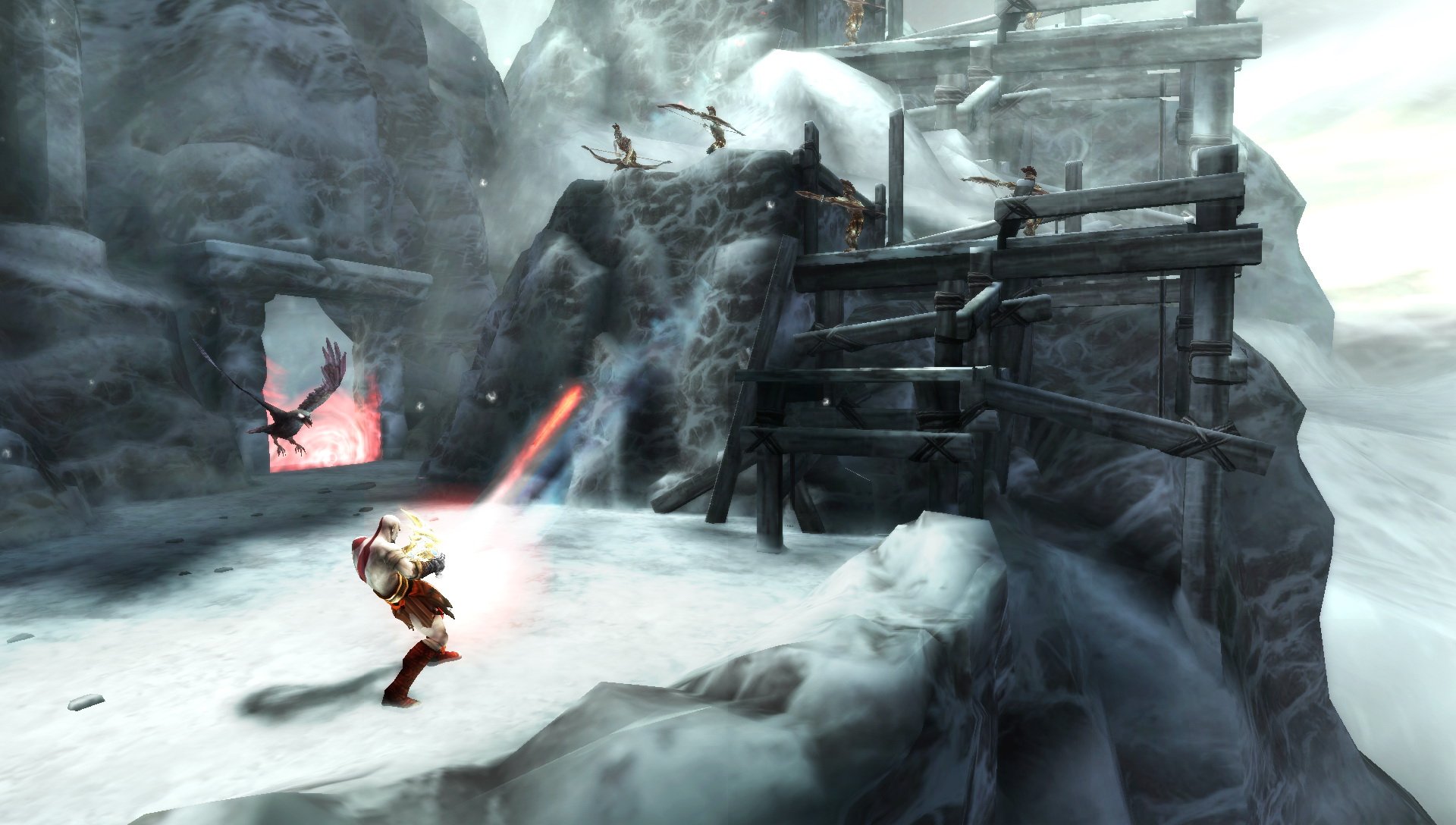 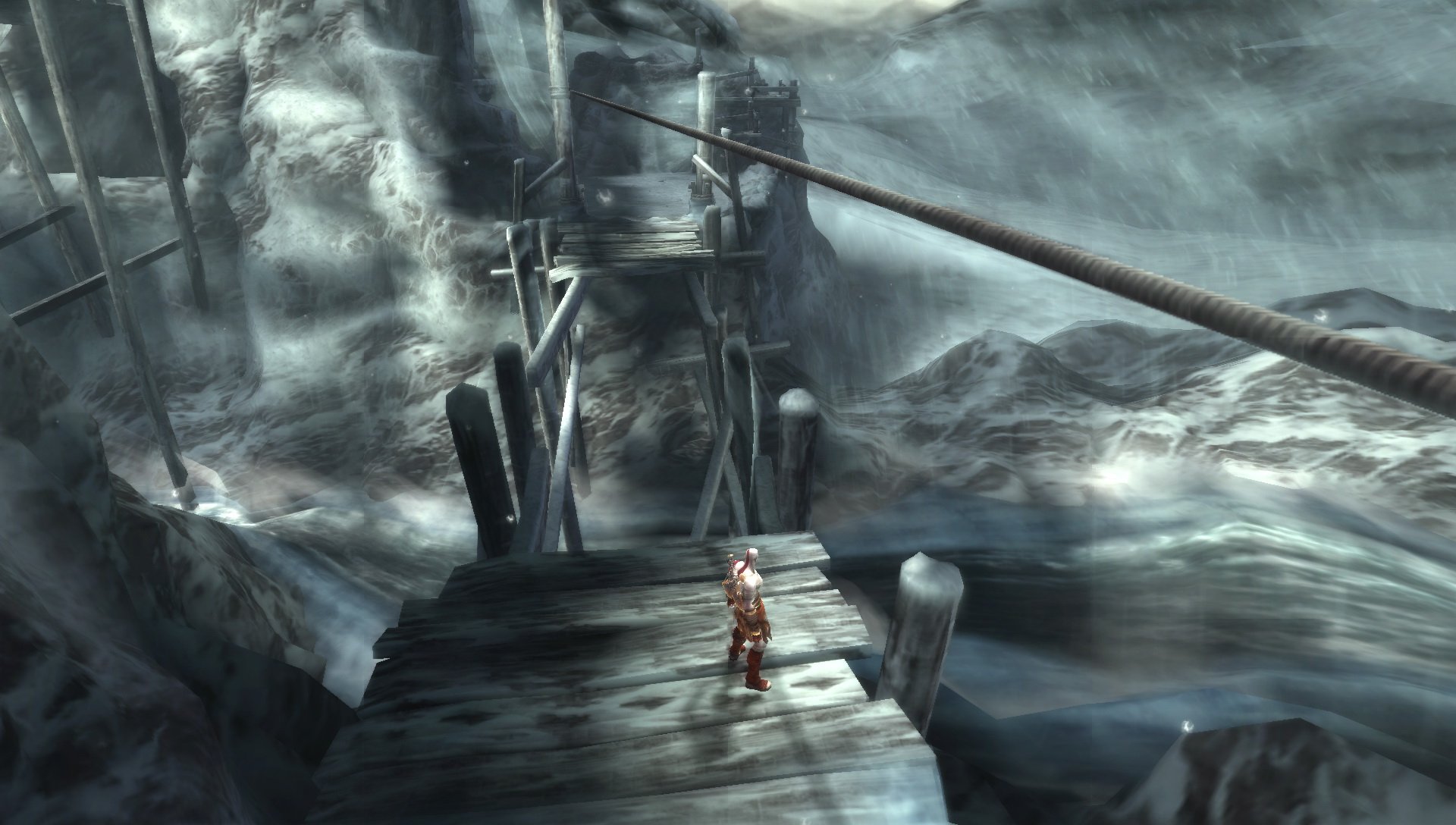 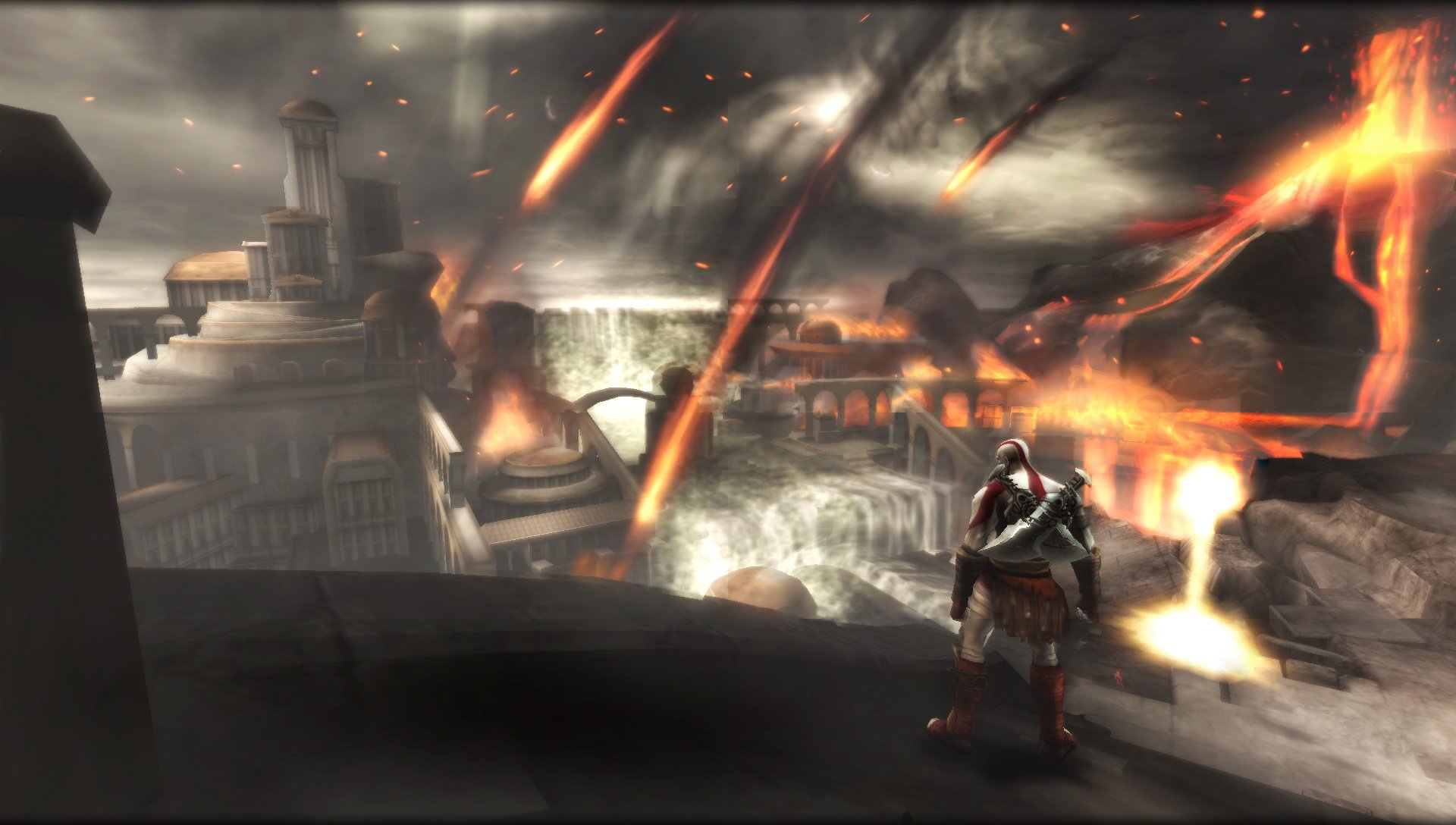 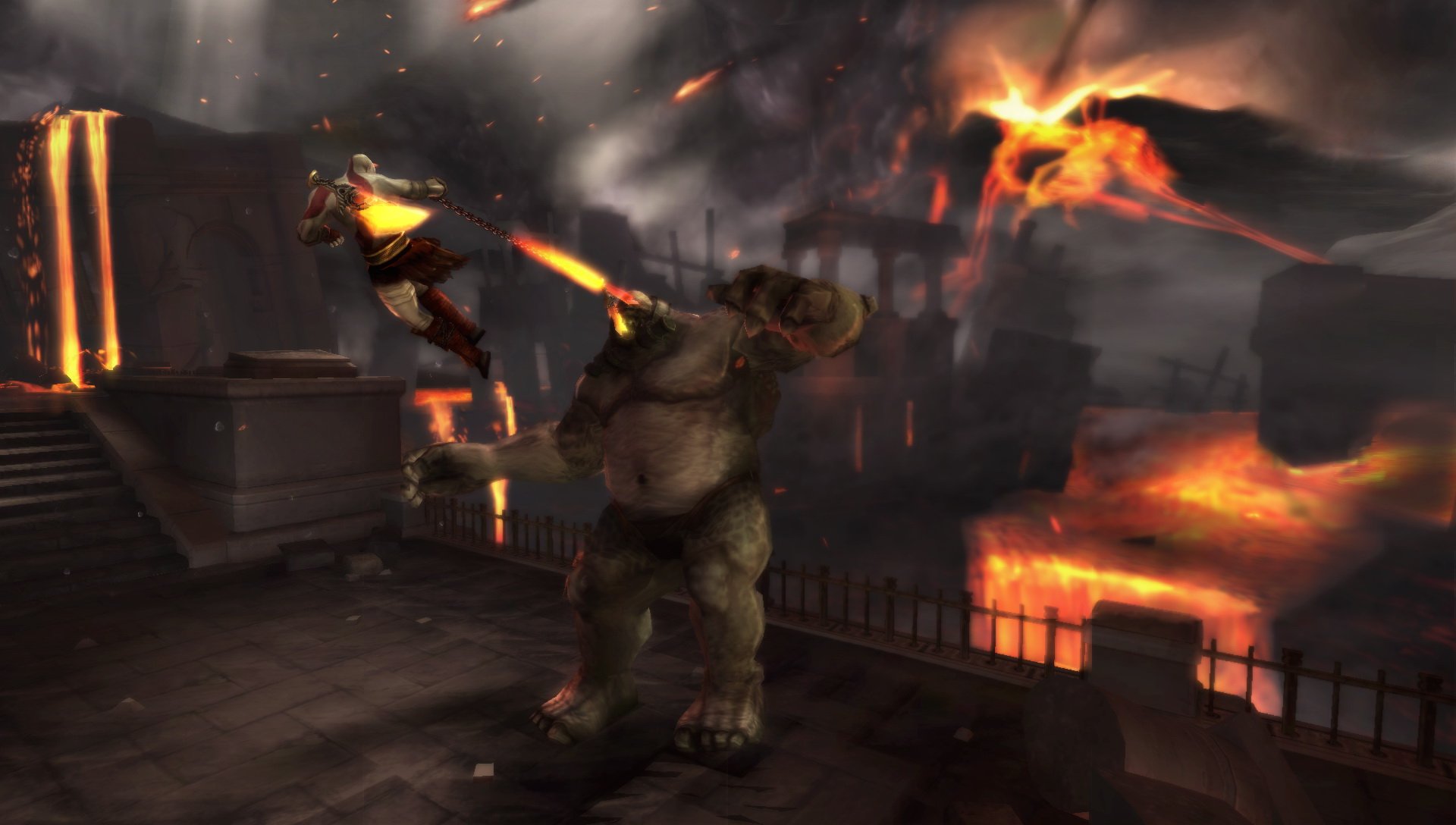 As players explore the ancient world, prepare to navigate through a labyrinth of challenging puzzles interwoven into the story

In his quest to rid himself of the nightmares that haunt him, Kratos must embark on a journey that will reveal the
origins of lost worlds. Armed with the deadly chained Blades of Athena, he will have to overcome armies of mythological
monsters, legions of undead soldiers, and amazingly dangerous and brutal landscapes throughout his merciless quest.

God of War: Ghost of Sparta is a single player action-adventure game for PlayStation Portable (PSP). The second game in
the series to be developed specifically for play on the PSP, Ghost of Sparta is set after the events of the original
PlayStation 2 game, revealing the previously unknown struggles and history of Kratos as he challenges the deities of
Olympus, eventually taking the status and title of god for himself. The game features bigger bosses and more enemies
than the previous PSP release, as well as new combat and weapons systems.

Set within the shadowy realm of Greek mythology, God of War: Ghost of Sparta allows players to take on the role of the
powerful and iconic Spartan warrior Kratos. This new adventure for PSP picks up after the events of the original God of
War game for PS2 conclude, telling the story of Kratos' ascension to power as the God of War. Yet this rise is not
without its consequences. In his quest to rid himself of the nightmares that haunt him, Kratos must embark on a journey
that will reveal the origins of lost worlds, and finally answer long-awaited questions about his dark past. Armed with
the deadly chained Blade weapons, he will have to overcome armies of mythological monsters, legions of undead soldiers,
and amazingly dangerous and brutal landscapes throughout his merciless quest.

Participate in the events that lifted Kratos' to the status of God of War.
View larger.

As with all God of War games, Ghost of Sparta is a single player action-adventure game played from the third-person
perspective that blends addictive hack and slash and puzzle play gameplay mechanics. Playing as the iconic, rage-driven
Spartan warrior, Kratos, players face level after level of challenges illustrating the Ghost of Sparta's (Kratos') rise
from uber warrior laboring in the service of the gods, to a god himself, following the defeat of Aries in the first game
in the series. In the process, the game reveals secrets of Kratos' past only hinted at in previous games in the series.
Gameplay, especially during boss battles and puzzle play events, utilizes the familiar God of War style on-screen button
prompts to secure victory and advancement, with successful battles and puzzle challenges framed by stunning in-game
cutscenes. The game features a more diverse cast of enemies, as well as bigger, badder bosses to tackle. In addition,
along with Kratos' signature chain blade weaponry, Ghost of Sparta also features the ability for Kratos to utilize new
weapons. These include: a spear and shield combo, which opens up the ability to combine new offensive and defensive
tactics; and the Eye of Atlantis, a electrically charged handheld weapon that allows Kratos to shock enemies from afar
and from different positions.

* New Combat and Weapon System - Enhanced melee combat features more in your face action with 'Combat Rush,' which
enables Kratos to pummel enemies to the ground as well as throw them, an augmented death system featuring unique weapon
and magic specific deaths, as well as a larger variety of combination, finishing and air-to-air combat moves. Players
will also have new weapons to wield such as the Spear and Shield with its fully fleshed out combat tree along with new
magical powers for more lethal attacks.
* Bigger Bosses, More Enemies - Ghost of Sparta boasts bigger and more diverse gameplay than Chains of Olympus. This
results in exponentially larger bosses, double the enemies on-screen with more diverse behaviors, and new navigation
types all of which add to a more engaging and immersive gameplay experience.
* Stunning Visuals - Engine enhancements provide stunning graphics and dramatic camera angles that are coupled with
weather effects, depth of field, and higher quality environments to offer visuals that have never been seen before on
the PSP system.
* Epic Story - Keeping true to the God of War franchise, Ghost of Sparta provides compelling new adventure for Kratos,
one that will go deeper into his past that ever before and answer long-awaited questions about the Spartan warrior.
* Puzzle Solving - As players explore the ancient world, prepare to navigate through a labyrinth of challenging puzzles
interwoven into the story.

Shop the largest choice of Video Games online in the UAE. Browse thousands of great deals on by playstation products with fast, free delivery.