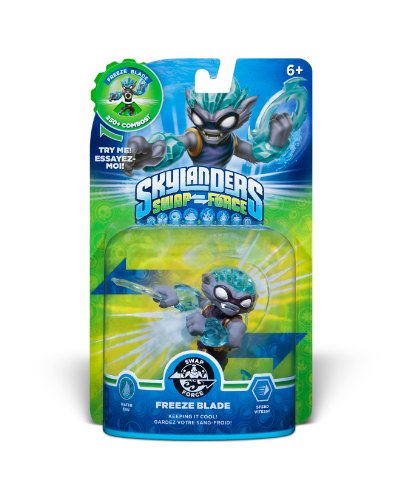 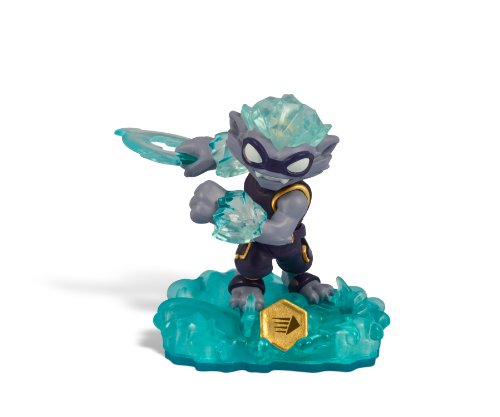 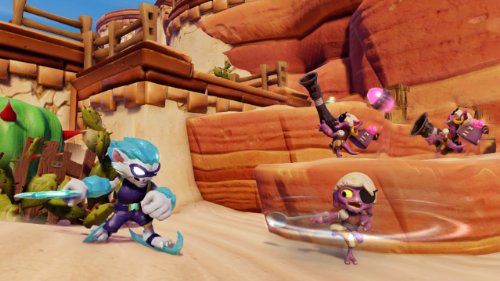 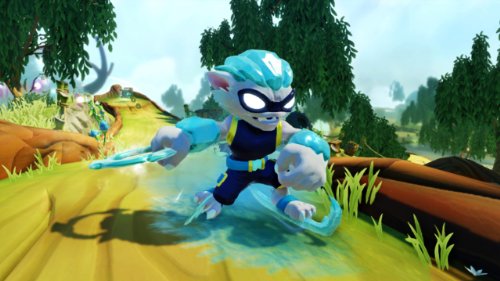 Warning: Choking Hazard - Small parts. Not for children under 3 yrs.

This Skylanders SWAP Force character requires the Portal of Power (included in the SWAP Force Starter Pack) to be used in-game.

When he was young, Freeze Blade's family moved from the Frozen Wastelandsof Vesh to the Great Lava Lakes. As it turned
out, this was a very difficult adjustment for Freeze Blade. Not only was he the sole one of his kind, it was also
incredibly hot and there was no ice to skate on whatsoever. But over the years, he learned to fit in with the other
fire-like creatures and even discovered he had a magical ability to ice skate on any surface... even bubbling lava. One
day, while out setting a new frozen lava speed record, he came across Blast Zone, who had just been ambushed by some
nasty Spell Punks. After Freeze Blade stepped in to defend him, Blast Zone was so impressed by his skill in battle that
he introduced him to Master Eon, who invited him to join the Skylanders.