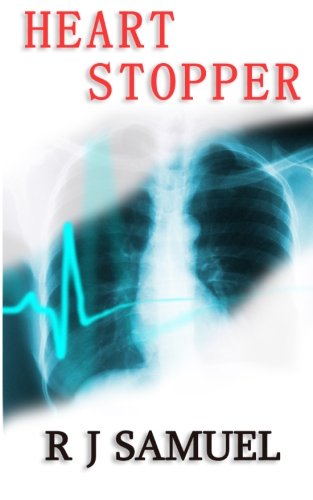 What keeps your heart beating..? It could stop at any moment. Think about it.. Are you worried..?

Dr. PRIYA JOSEPH is an Irish-Indian coder working at a new pacemaker clinic in Galway, a small city on the west coast
of Ireland that is a research and manufacturing hub within the multi-billion-dollar medical devices industry. Priya’s
life is already off the rails; in fact, the train has disappeared screaming into a ravine when, after a night out that
she does not remember apart from a vague memory of being with a mysterious woman, she wakes up in an unfamiliar
apartment and finds the dead body of her boss, American cardiologist and inventor, Dr Daniel Fairer III.

Priya is dragged by his family into an investigation of Daniel’s death. As they uncover secrets about the
groundbreaking pacemaker technology that Daniel and his research partners developed and the wireless controllers that
communicate with the implanted pacemakers, their investigation threatens a multi-million dollar enterprise. Priya learns
that she has unwittingly been involved in research that could have consequences far beyond the small city where she has
been trying to hide from her life. She discovers that her past is not what she thought it was and now that she actually
wants a future, she may not survive long enough as she is being pursued her and her pursuers will do whatever it takes
to complete their mission but time is running out. And they have a problem.
Which they need Priya to solve.

Heart Stopper is an unusual and exciting novel that breaks barriers between genres. It is a medical thriller, a murder
mystery, and a love story, but it is so much more than any one of those.