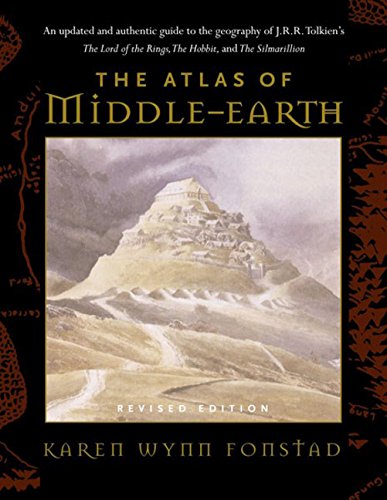 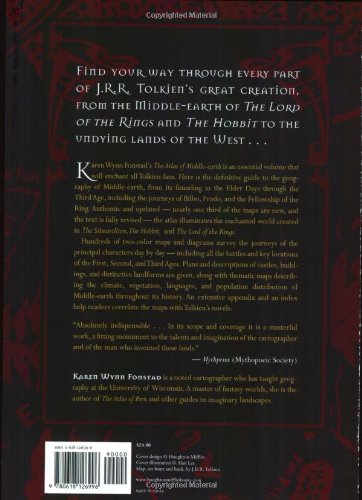 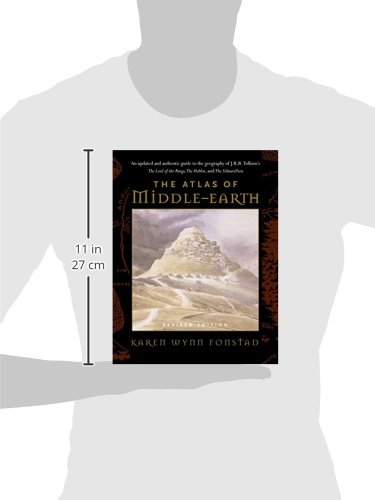 The Atlas of Middle-Earth (Revised Edition)

The publishing world is full of Tolkien spinoff products, some trivial and ephemeral--but some, like this thoroughly
researched atlas, are genuinely classy. Karen Wynn Fonstad is a qualified geographer and cartographer who first mapped
Middle-Earth in 1981 and has since added much new detail based on those endless volumes of drafts, abandoned passages,
alternative versions, and laundry lists published since Tolkien's death. She fills in gaps and details in the familiar
Third Age maps from The Hobbit and The Lord of the Rings, goes back in time to map Middle-Earth's First and Second Ages,
and reconstructs the route and timescale of every important journey in the stories. There are local maps of key places
like the Mines of Moria, Lothlorien, Isengard, Minas Tirth, the Tower of Cirith Ungol, and the volcanic Mount Doom. War
maps cover the saga's notable battles, up to the hopeless last stand at Mordor gate and the tiny later skirmish known in
Shire records as the Battle of Bywater. Thematic maps show Middle-Earth's distribution of climate, geological features,
vegetation, people, and (most importantly to Tolkien) languages.... It's all done tremendously seriously and would make
a fine gift for enthusiastic Tolkien fans, except that they'll have bought it already. --David Langford, Amazon.co.uk

Shop the largest choice of Science Fiction And Fantasy online in the UAE. Browse thousands of great deals on mariner books products with fast, free delivery.