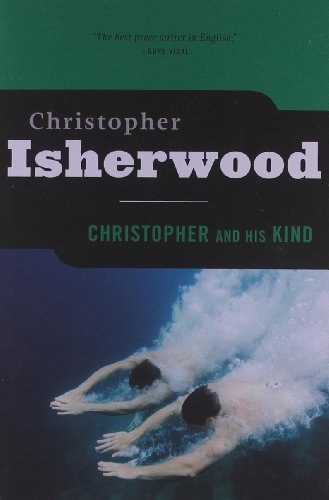 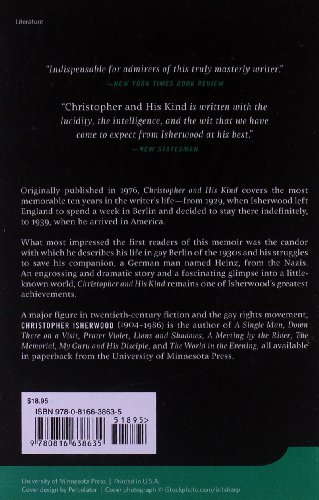 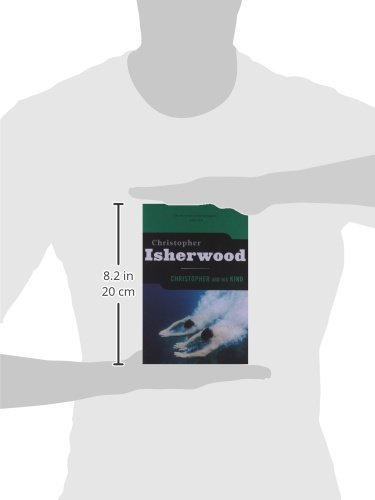 Christopher And His Kind

Originally published in 1976, Christopher and His Kind covers the most memorable ten years in the writer's life-from
1929, when Isherwood left England to spend a week in Berlin and decided to stay there indefinitely, to 1939, when he
arrived in America. His friends and colleagues during this time included W. H. Auden, Stephen Spender, and E. M.
Forster, as well as colorful figures he met in Germany and later fictionalized in his two Berlin novels-who appeared
again, fictionalized to an even greater degree, in I Am a Camera and Cabaret.

What most impressed the first readers of this memoir, however, was the candor with which he describes his life in gay
Berlin of the 1930s and his struggles to save his companion, a German man named Heinz, from the Nazis. An engrossing and
dramatic story and a fascinating glimpse into a little-known world, Christopher and His Kind remains one of Isherwood's
greatest achievements.

A major figure in twentieth-century fiction and the gay rights movement, Christopher Isherwood (1904-1986) is the author
of Down There on a Visit, Lions and Shadows, A Meeting by the River, The Memorial, Prater Violet, A Single Man, and The
World in the Evening, all available from the University of Minnesota Press.