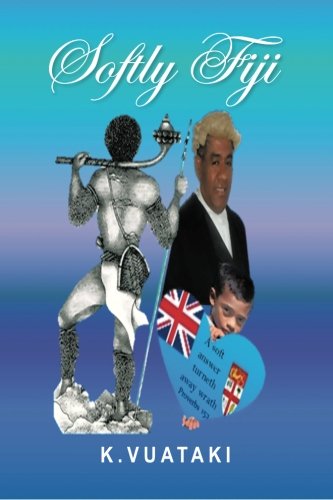 The loss of the father and the son resulted in war and cannibalism in Fiji. Learn of the original worship of the father
and the son in Fiji. How the son took away his protection and the land fell into the period of the Rooster Wars. With
the advent of the Christian missionaries in Fiji, the country entered a period of the Return of the Father and Son.
Christian Missionaries then advised cession to Queen Victoria as Defender of the Faith, and arms were laid down on 10
October 1874, to take up the rule of law. The country then entered a period of "taking up arms" from the coup of 1987,
the attempted coup of 2000, the coup of 2006, and the Declaration of a new legal order in 2010. With the Constitution
Commission of 2012, Fiji now enters a period of "The Search for Answers" as it tries to go back to constitutional rule.
The author was called by the Lord to help the Fijian people. This he did from 1986 to 2012 and for the first time he
reveals some of the hard facts behind it.

Shop the largest choice of Historical online in the UAE. Browse thousands of great deals on k vuataki products with fast, free delivery.