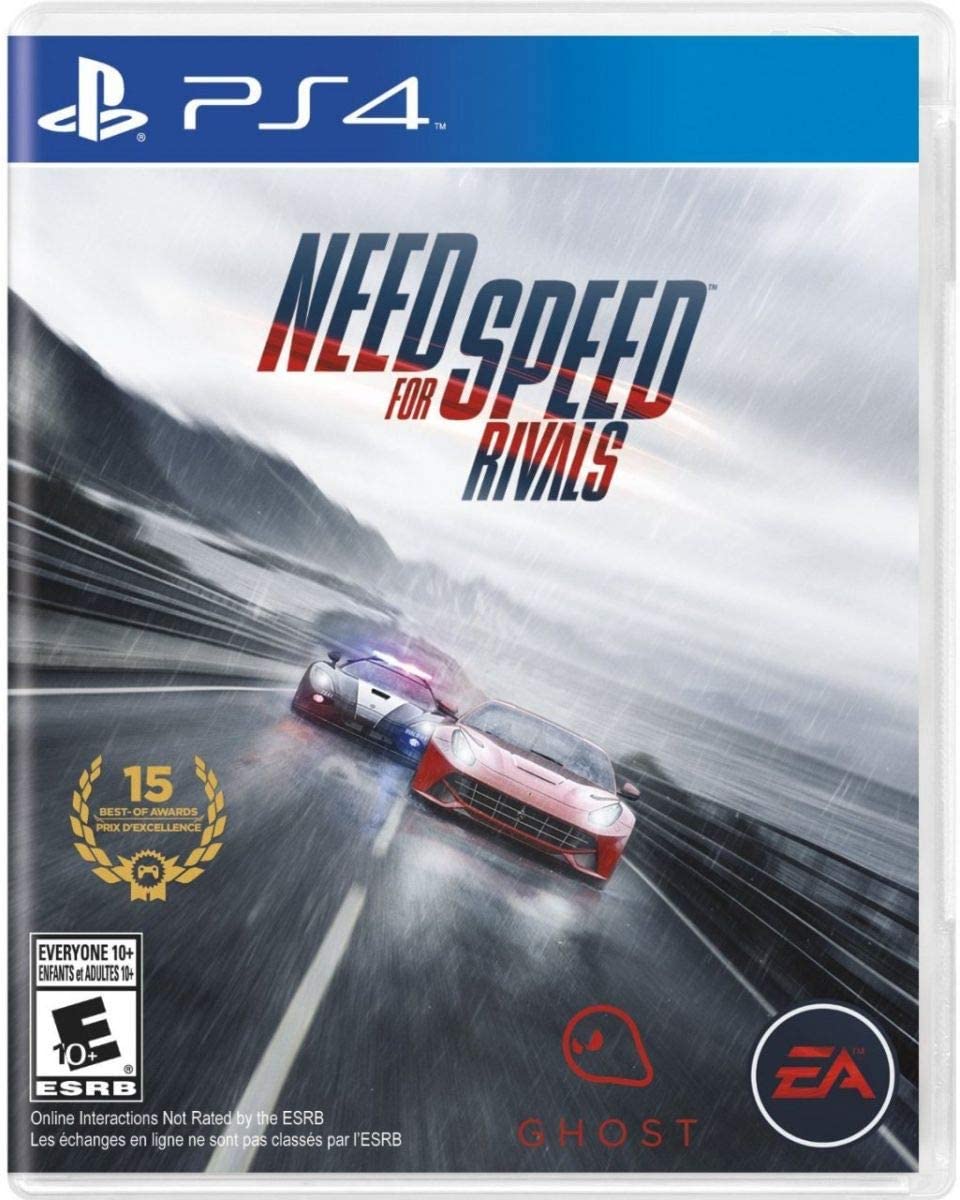 Brand : Electronic Arts
from UAE
to UAE
in 5-8 days
At your doorstep by Jan 23  to Jan 26 with standard delivery

Platform:PlayStation 4 Need for Speed Rivals PS 4 lets you discover the nocturnal open world of urban car culture. Get NFS Rivals PlayStation 4 here at Souq.com.Discover the nocturnal world of urban car culture in Need for Speed Rivals. Carve your path, via various overlapping stories, earning reputation on your journey for being the ultimate racing icon. NFS Rivals delivers on what die-hard fans of the series have been requesting and what the NFS franchise stands for, deep customization, an authentically surreal open world, filled with based-on-real-life car culture, and an engaging narrative that drives you to perform your best. Ventura Bay is your urban playground in the Rivals. From beautiful hillside roads overlooking the city, to the cops infested urban districts with tight corners. The city comes to life while others go to sleep. Home to 5 real world automotive icons, the true heroes of today's car culture, they will inspire you, taunt you, push you, and test you. Gradually build your reputation and stand a chance to earn their respect. Five Ways to Play ----------------- Need for Speed Rivals PS 4 introduces you to the Five Ways to Play, Speed, Style, Build, Crew and Outlaw. Each of these roles will allow you to earn reputation one step at a time before ultimately having your way. Combine all 5 roles to create that perfect NFS moment, driving insanely fast, quickly sliding through a tight corner in your customized ride alongside your pals, while being chased by the coppers. Rich Authentic Customization ---------------------------- NFS Rivals PS4 enables you to build a car that perfectly reflects your character through a broad range of visual and performance customization options. With hand-picked iconic 4-wheelers, the hottest aftermarket brands, authentic performance tuning, and personalized handling. Build up your ride and hit the streets. Engaging Narrative ------------------ Five distinguishingly overlapping stories are told in the NFS Rivals PlayStation 4, each inspired by a real world icon. Every choice you make, every second you spend, every minute you think of your next step, it all adds up and propels your playing experience, allowing you to be the next big thing in the world of NFS. West Coast Urban Setting ------------------------ From dusk till dawn, explore an open world of new-age car culture you never knew existed. The stunning new world combines the power of the leading-edge consoles and a turbo-powered game engine in Frostbite, to deliver a lifelike open world environment with around twice the drivable roads of Need for Speed Rivals PlayStation 4.
Show More
Reviews