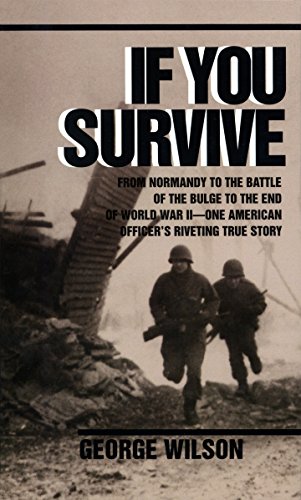 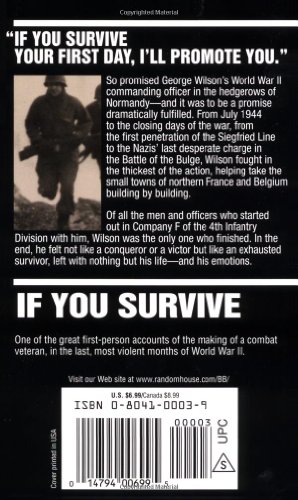 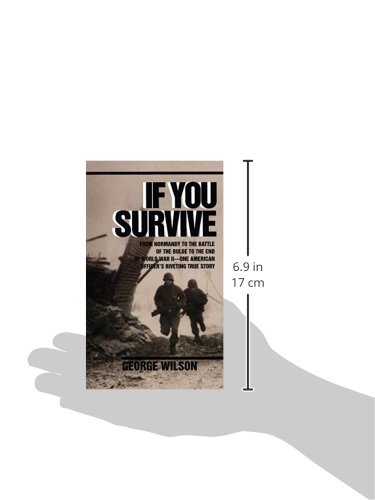 If You Survive: From Normandy to the Battle of the Bulge to the End of World War II, One American Officer's Riveting True Story

"If you survive your first day, I'll promote you."
So promised George Wilson's World War II commanding officer in the hedgerows of Normandy -- and it was to be a promise
dramatically fulfilled. From July, 1944, to the closing days of the war, from the first penetration of the Siegfried
Line to the Nazis' last desperate charge in the Battle of the Bulge, Wilson fought in the thickest of the action,
helping take the small towns of northern France and Belgium building by building.
Of all the men and officers who started out in Company F of the 4th Infantry Division with him, Wilson was the only one
who finished. In the end, he felt not like a conqueror or a victor, but an exhausted survivor, left with nothing but his
life -- and his emotions.
If You Survive
One of the great first-person accounts of the making of a combat veteran, in the last, most violent months of World War
II.

George Wilson (1921–2005) was a first lieutenant in the U.S. Army during World War II. He wrote about that
experience in his book If You Survive, which is now required reading at the U.S. Military Academy at West Point.

Shop the largest choice of Biographies And Memoirs online in the UAE. Browse thousands of great deals on george wilson products with fast, free delivery.