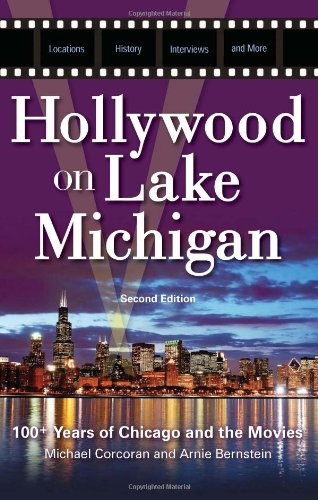 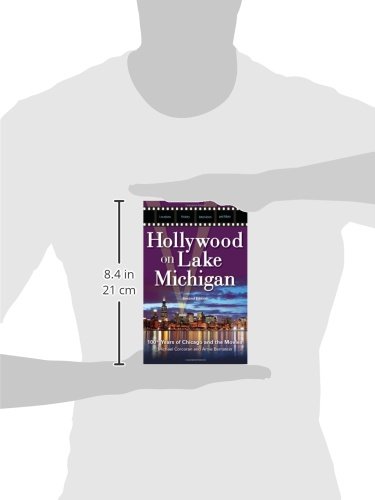 Film lovers and Windy City fans will cherish this updated guide. Film historian Bernstein, who wrote the
first edition, “brushed up the silent section,” but the heavy lifting here is done by Corcoran, for 10 years a tour
guide whose Chicago cinema excursions are his most popular offerings. Bernstein’s “The Silent Era” traces South Side
black filmmakers, including Oscar Micheaux, as well as more familiar North Side figures like Charlie Chaplin and Gloria
Swanson at Essanay, spotlights early movie palaces, profiles silent-film accompanist David Drazin, and traces the real
murder mystery behind Call Northside 777. Corcoran shifts from history to geography, exploring the Loop and nearby
areas, and then Chicago’s North, West, and South Sides and their respective suburbs. Each chapter mixes nuggets for
self-guided tours, tales from the making of specific films, and chats with such Chicago-area film folk as Tim
Kazurinsky, the Hoop Dreams and Barbershop teams, Harold Ramis, Joe Mantegna, and Irma Hall. A list of more than 1,250
movies, mainstream and indie, filmed at least partly in Chicago or its suburbs is included. --Mary Carroll

"This is a very different, much fuller and livelier book (than the original edition). The pair does more than merely
update the original, giving us much good and solid stuff about the early days of movie-making here and engaging stories
about the many movies that have been made here over the decades...Movie nuts, feel free to rejoice."—Chicago Tribune

"Hollywood on Lake Michigan expertly captures Chicago’s role in film and television during the past century. Movie
buffs will love reading about the city’s role in their favorite films, and fans of the city will love learning how some
of their favorite haunts have been featured in film."—Chicago Book Review

"Hollywood on Lake Michigan: 100+ Years of Chicago and the Movies is as much about the films based in Chicago as it is
about those filmmakers who have fallen in love with the location. Filmgoers and fans of local history will find this
resource equally engaging." —Examiner.com

"Whether you’re a movie buff or whether it’s beautiful or unusual architecture you fancy--or if you’re planning a visit
to the Windy City, even if it’s not your first visit--you will find this book a valuable and very readable
resource." —Le Bon Travel & Culture

"In short, there is plenty in Hollywood on Lake Michigan: 100+ Years of Chicago and the Movies to appeal to all manner
of enthusiasts, film and history buffs included. The book is written with great affection for the places and the art
that resulted, which makes it a highly entertaining read." —Once Upon a Screen

"I had a marvelous time reading the second edition of Hollywood on Lake Michigan... I had bought, and enjoyed, the first
edition of the book, but there’s a lot of fascinating new material on hand for the new edition." —Kevin's Movie Corner