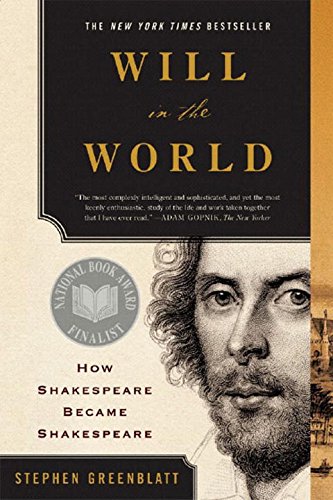 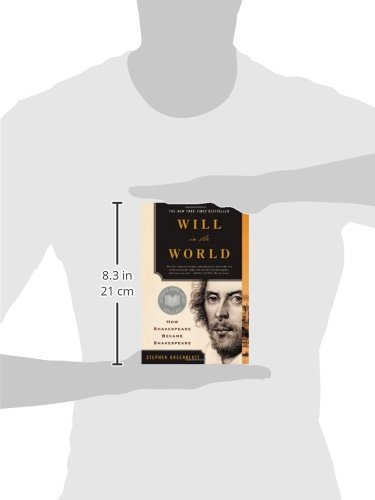 “The most complexly intelligent and sophisticated, and yet the most keenly enthusiastic, study of the life
and work taken together that I have ever read.”
- Adam Gopnik, The New Yorker

“So engrossing, clearheaded, and lucid that its arrival is not just welcome but cause for celebration.”
- Dan Cryer, Newsday

“Vividly written, richly detailed, and insightful from first chapter to last... certain to secure a place among the
essential studies of the greatest of all writers.”
- William E. Cain, Boston Sunday Globe

“Greenblatt takes the bits we do know, nourishes them with a thorough understanding of the Elizabethan world Shakespeare
inhabited, and then coaxes each bud of information to flower within our understanding of the plays.... Only a churl
would be unpersuaded by it.”
- Laura Miller, Salon

Stephen Greenblatt (Ph.D. Yale) is Cogan University Professor of the Humanities at Harvard University. Also
General Editor of The Norton Anthology of English Literature, he is the author of eleven books, including Tyrant, The
Rise and Fall of Adam and Eve: The Story that Created Us, The Swerve: How the World Became Modern (winner of the 2011
National Book Award and the 2012 Pulitzer Prize); Shakespeare's Freedom; Will in the World: How Shakespeare Became
Shakespeare; Hamlet in Purgatory; Marvelous Possessions: The Wonder of the New World; Learning to Curse: Essays in Early
Modern Culture; and Renaissance Self-Fashioning: From More to Shakespeare. He has edited seven collections of criticism,
including Cultural Mobility: A Manifesto, and is a founding coeditor of the journal Representations. His honors include
the MLA’s James Russell Lowell Prize, for both Shakespearean Negotiations: The Circulation of Social Energy in
Renaissance England and The Swerve, the Sapegno Prize, the Distinguished Humanist Award from the Mellon Foundation, the
Wilbur Cross Medal from the Yale University Graduate School, the William Shakespeare Award for Classical Theatre, the
Erasmus Institute Prize, two Guggenheim Fellowships, and the Distinguished Teaching Award from the University of
California, Berkeley. He was president of the Modern Language Association of America and is a fellow of the American
Academy of Arts and Sciences, the American Philosophical Society, and the American Academy of Arts and Letters.

Shop the largest choice of Biographies And Memoirs online in the UAE. Browse thousands of great deals on stephen greenblatt products with fast, free delivery.